Used car dealerships have a bad reputation even in Germany, and I don't see any reason why used car dealers in the Philippines should be any better. In fact I'm afraid they are much worse, but that's pure speculation on my part.

Even if you do want to buy from some local dealership it is a very good idea to at least check online market places like olx.ph to get a feeling for the proper prices.

In my opinion talking to the previous owner (and not a trained car salesman) can give a few hints about what the car was used for and how it was treated.

Unless you have good reasons to do otherwise, get a model you see a lot on the streets. This makes sure that in case of emergency you can easily find somebody to repair it, and that spare parts are not overly hard to get.

What exact model to get of course depends on what you intend to do. For doing the groceries and maybe going to Baguio once a year, nearly anything will do.

I quite early decided that I wanted a second Generation Mitsubishi Pajero. It's been really common at the time I was looking to buy a car, you could literally see this kind of car on every corner in Manila and in the province.

I ended up buying from a woman working for the army, she actually lived inside the area known as Camp Aguinaldo.

Short checklist of the documents you need to get when buying the car:

Have them show you their photo-Id and compare it with the copy you get, also check the signature.

In order to be of any legal relevance, the deed of sale has to be notarized. That means a notary public or attorney has to put his seal under it, confirming the signing parties were both there, had valid IDs and were in a clear state of mind. Actually, I've yet to see somebody actually doing this. Usually notarization is done after the fact, with the other party not present. Kinda defeats the purpose but who am I to complain.

For a long time, Japan has been the main source of used cars in the Philippines. All those right hand drive cars were converted to left hand drive in the ports, before being even allowed to properly enter the country. In my case, this happened in Subic Bay, 2 hours north of Metro Manila. It is amazing and hard to believe at first, but once you pay attention to a few details it's easy to recognize such a converted car:

In a country where torrential rains can turn even roads in the capital region into knee deep rivers in minutes it is a valid question to ask if a car has ever had running water through it. Thus, flood-free is part of every used car description you will read. As with everything else - don't believe it, check for yourself. Strange smells, but also too many air fresheners or brand new carpets should make you suspicious. Obviously any wet or damp spaces inside are a no-go. It can rain hard and long in the Philippines, you do not want to have a leaking roof. Speaking of roofs - convertibles and sun roofs are useless in the tropics - it either rains or is simply too hot to open them.

What's An "Open Deed of Sale"?

Be careful if somebody wants to sell you a car with an 'open deed of sale'.

Proper notarization of the deed of sale costs money and needs some organization (notary public, seller and buyer need to meet in person), that's why some people prefer to skip that. Instead the seller will simply sign the deed of sale and give it together with a copy of his ID and the original OR/CR to the new owner.

The new owner now has two choices: she can sign the contract herself and try to find a notary public or attorney who will, most probably for a small extra fee, notarize it even in the absence of the seller.

Or she can just do nothing and, once she wants to sell it and is able to find a buyer who accepts it, can even resell the car along with that open deed of sale.

The interesting side effect of all this is that until somebody finally goes and notarizes this deed of sale, and then officially transfers the ownership of the car, the first owner is still the official owner.

Unless you really want that car and you know for sure you can get the notarization of the deed of sale done later my advice is to not accept this kind of deal.

You bought something. Now what?

First of all, bring it to a repair shop. At least that's what I did, for peace of mind and because of the unclear maintenance record.

Among the things I had changed or fixed in the first few weeks of ownership are:

Needless to say that the cost for such an initial overhaul has to be factored in when you decide to go for a car where you have no idea what has and what hasn't been done. 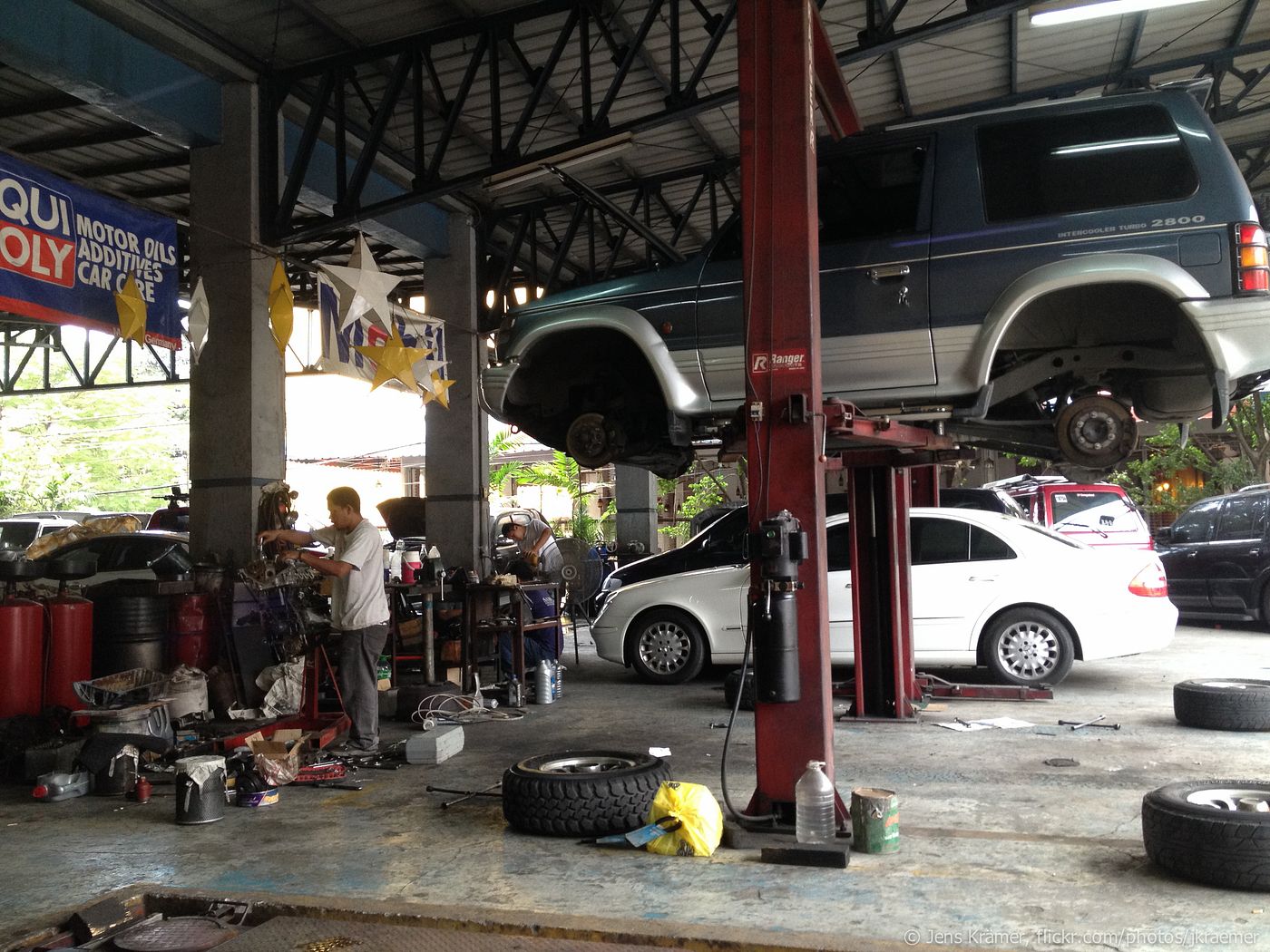