Baler is a small coastal town at the east coast of northern Luzon. Locals from the area and especially from the Manila area come here to escape the city smog for a few days.

Besides 'normal' weekend travelers it's mainly surfers, and those who want to be, who come here.

Legend has it that it was the Apocalypse Now movie crew who brought the first surf boards and thus surfing to this little town when they filmed the surfing scenes for the beginning of the movie here.

From Metro Manile the easiest way to go to Baler is by Bus (e.g. Genesis, Buses start at night or very early in the morning in Cubao). Own car or a hired van is possible of course, as well.

The journey takes 5 to 6 hours and is, after you left the highways (NLEX and SCTEX) begind, quite interesting.

The road leads along Cabanatuan through mostly flat agricultural land. After passing Rizal, near Pantabangan you reach the mountains which form the western border of Aurora Province.

If you like good coffee or simply care for something to eat after around 4h of driving, check out the Hill Station. This small restaurant is located along the road in a nice garden and is announced with a couple signs a few hundred meters in advcance.

Baler has an airport as well, but there are no regular commercial flights to or from anywhere. 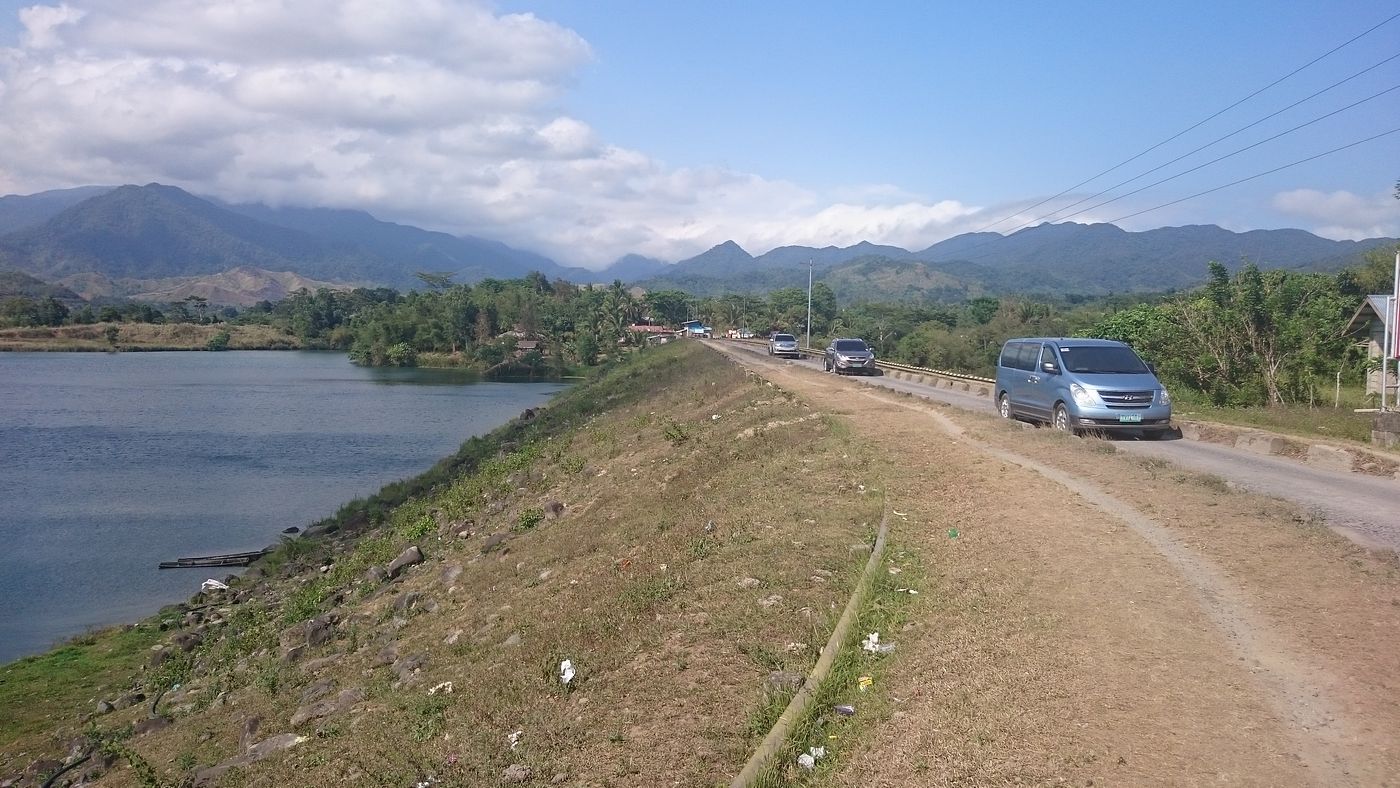 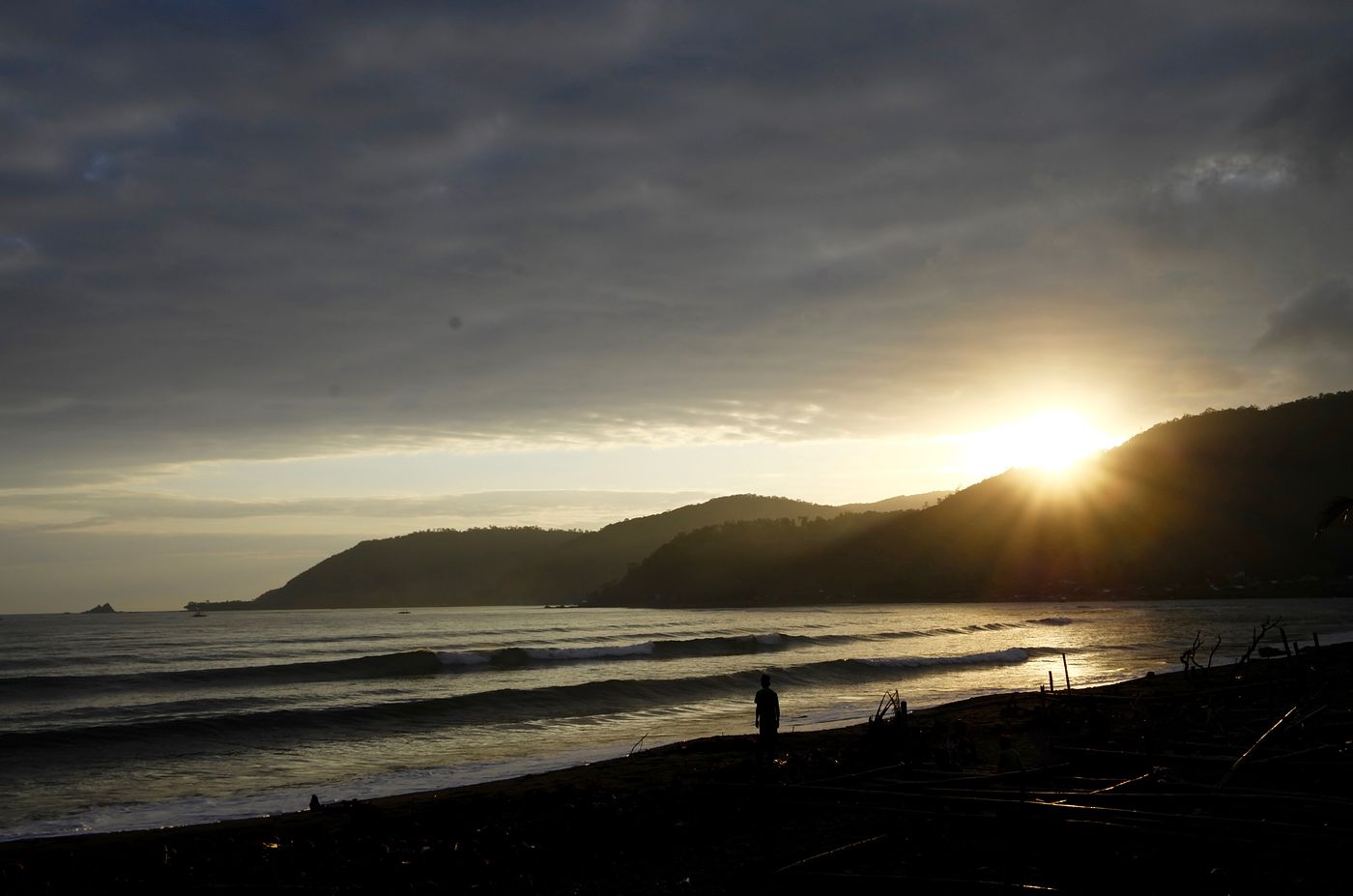 Where to Eat and Sleep

The best hotel in town is without doubt the Costa Pacifica. With about PHP 5.000 per night it's really expensive, especially for a small provincial town like Baler.

Along the beach, north of the Costa Pacifica are a couple middle class hotels, and more are being built at the time of this writing (2016). In 2015 I have stayed at the Aliya Surf Camp 4 or 5 times. For prices around PHP 2.500 the Aliya offers relaxed athmosphere with restaurant and pool directly at the beach. Rooms and restaurant are good but not great. Especially some aircon units and furniture parts were ripe for some modernization. They were also building some new rooms the last time I've been there. Their WiFi unfortunately never worked.

The Aliya has a well equipped surf shop and is also frequented by groups of local surfers from Manila. You can also rent boards here, including instructors if you want. Even if you don't sleep there, it's a good spot for surfing, and also for ending the day with a cold one on the terrasse.

A bit cheaper than the Aliya (but not necessarily worse) are for example the Bay's Inn or the Bayler View Hotel. Both are a bit more south, also directly at the beach. In any case, it is very advisable to book in advance, especially on weekends and during high season (March - June, Easter and Christmas).

The southern part of Sabang beach (relative to the Costa Pacifica, which is located pretty much in the middle) has many smaller, low-scale hostels and guest houses, with many more being under construction.

I'd like to mention the Old Parola, where I've personally stayed a couple of times. They have a couple of simple airconditioned cottages in a nice garden with direct beach access for moderate prices (PHP 1.500 per night). 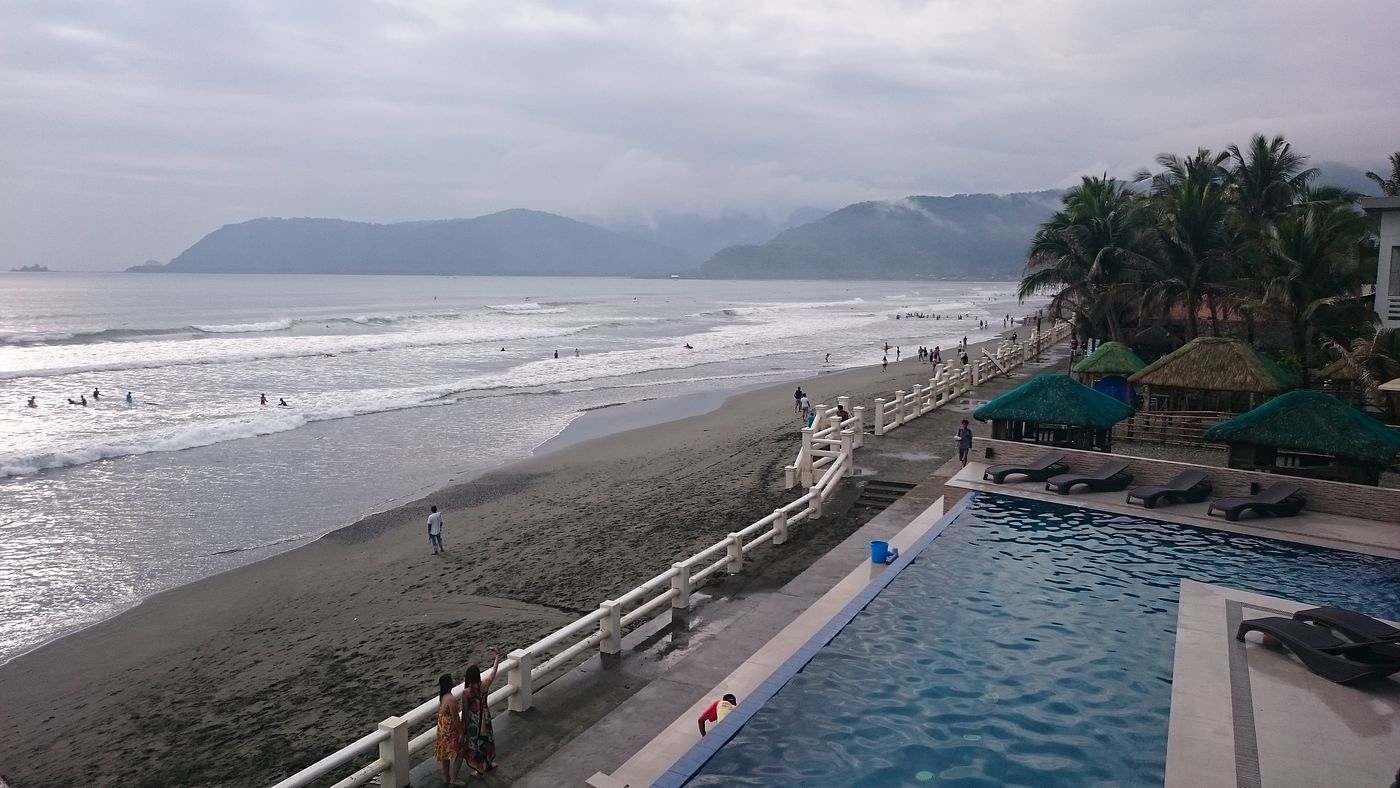 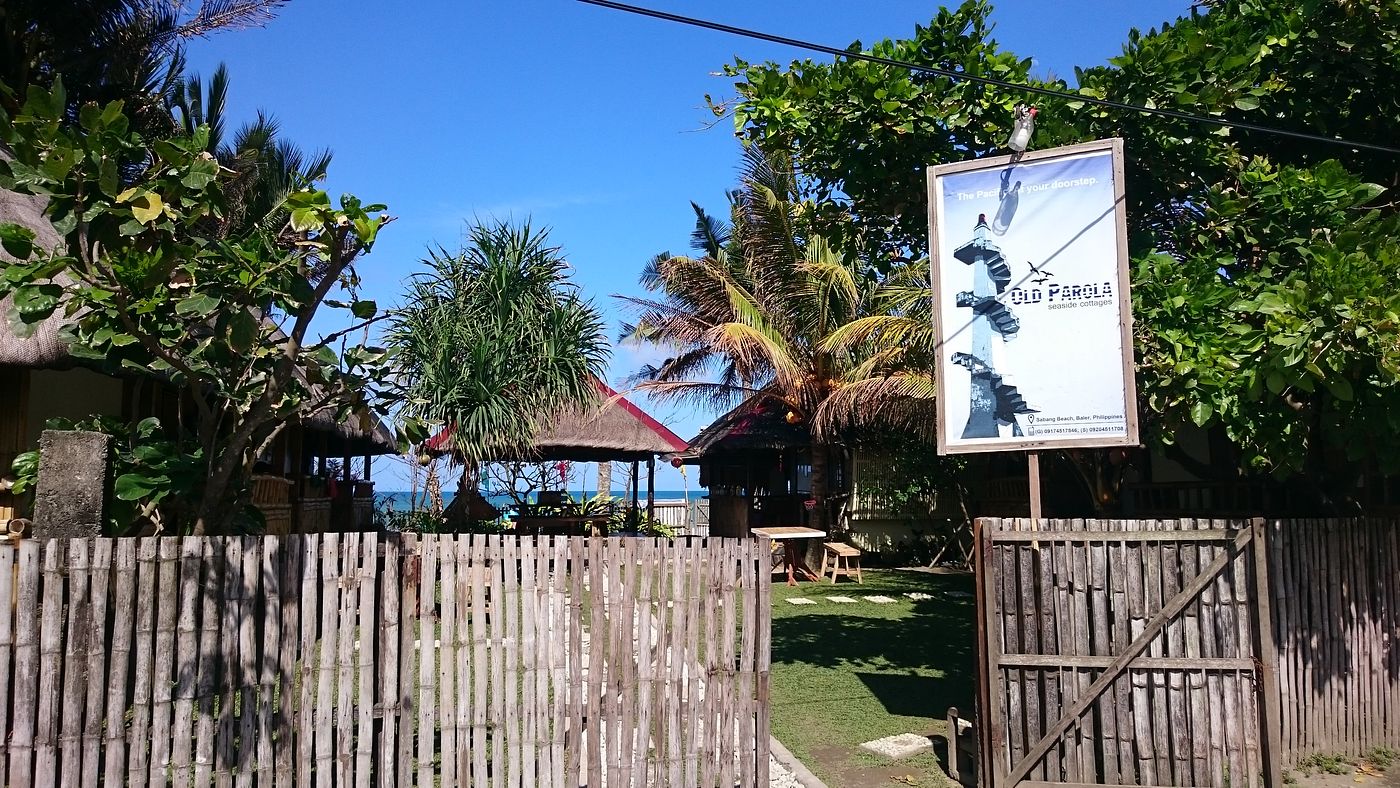 Foreigners and especially western tourists are still a minority in Baler. This is easy to notice when looking at the menus of the restaurants here. It's hard to find real (brewed) coffee, and breakfast dishes besides the 'Filipino' style Rice plus (Tocino|Tapa|Sausage) are also hard to find. You won't starve, but do not expect too much.

That all is not true of course if you splurge and eat at the very good Restaurant of Costa Pacifica, where you can expect the same standard as in any better Manila Restaurant.

The Shack opposite of the Old Parola offers an interesting and in parts very spicy fusion of Indian and Filipino kitchen.

Along the beach promenade there is also an open air restaurant with a VW-Beetle-turned-BBQ along with a juice bar, in case you crave something healthy.

A good choice for BBQ is also the 2-story restaurant located along the beach access road that runs parallel to the sea behind the hotels. Impossible to miss in the evening hours when the place is usually packed and the huge BBQ can be smelt from 50 metres away.

What to do in Baler

Obviously. For some it is the main reason to come here, most others at least try trying it out on a rented soft top board, being pushed by one of the many local surf instructors. The price for an hour including instructor is PHP 350.

Surf season is from October to March. Especially in the time from May to July the sea is usually calm, making surfing impossible.

Sabang Beach, the long main beach in Baler with it's beach break and usually modest waves is well suited for beginners. The beach is a couple kilometers long, even when the town is fully packed there's plenty of space. More experienced surfers can as well go to Cemento Beach or one of the other neighboring surf spots. 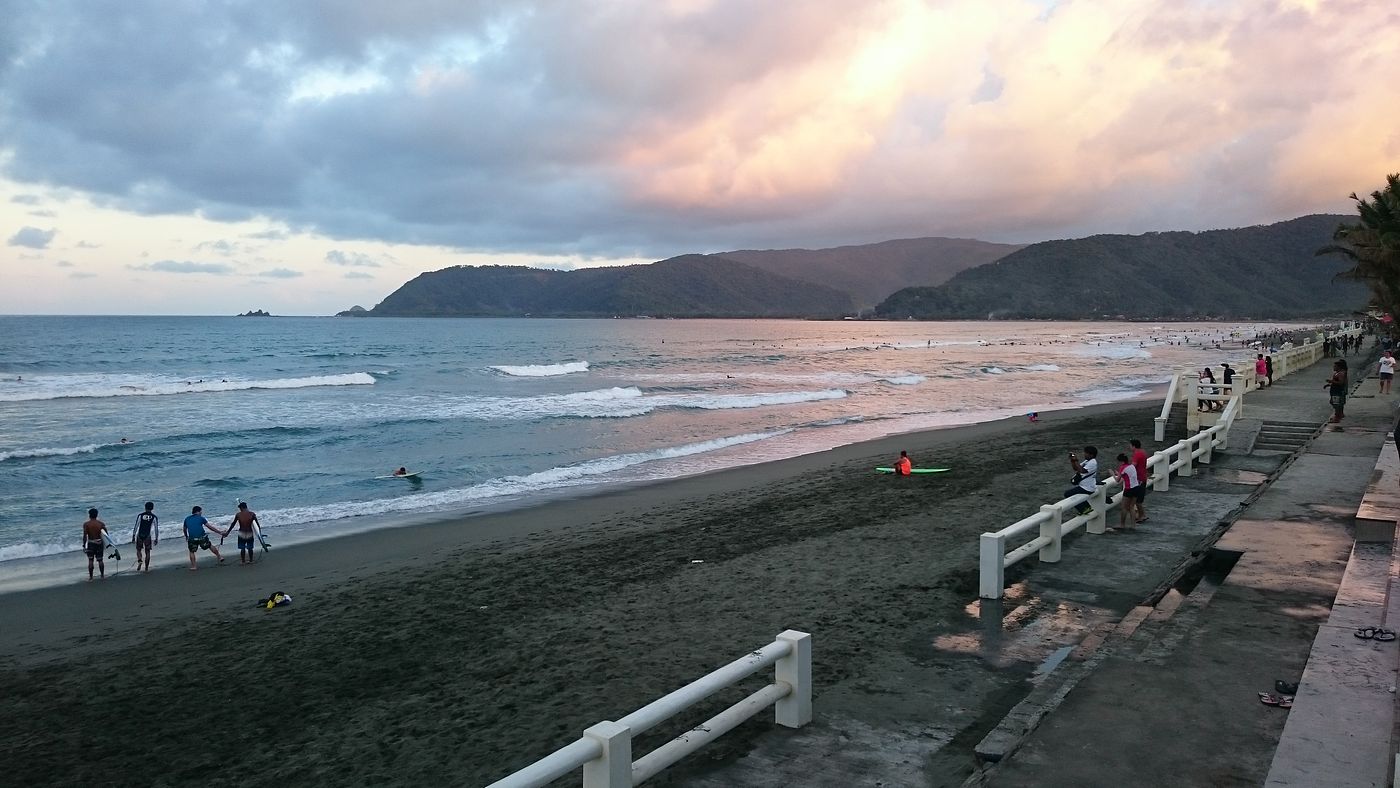 Besides surfing, there a couple other things to do and see in Baler and around.

If you're after white beaches and gray-ish Sabang Beach doesn't appeal to you, you will enjoy this lovely bay just south of Baler. You can go there by boat from Baler town, or by car / hired tricycle going south via Cemento.

The road leads up the mountain, until you reach a fork. Left it goes up further to a radar station, and right it goes down to the cove. Unfortunately the whole area is privately owned and you have to pay an entrance fee of PHP 300 before even going down.

As unfortunately is the case so many times in the Philippines, the fact that you just paid an entrance fee does not mean that this is an actively managed establishment where you can expect any kind of service or amenities.

In fact it is a good idea to bring anything including drinking water and food with you. There is some kind of restaurant, but when we were there they were not really prepared to serve anything.

All in all this place appears to be designed for occasional private events of the owners, I could not see any intention of doing business with day tourists like us there.

Anyway, the water is crystal clear, the sand is white, and an amazing view is waiting for you if you climb up the mountain that limits the bay to the south, with the white light house on top. 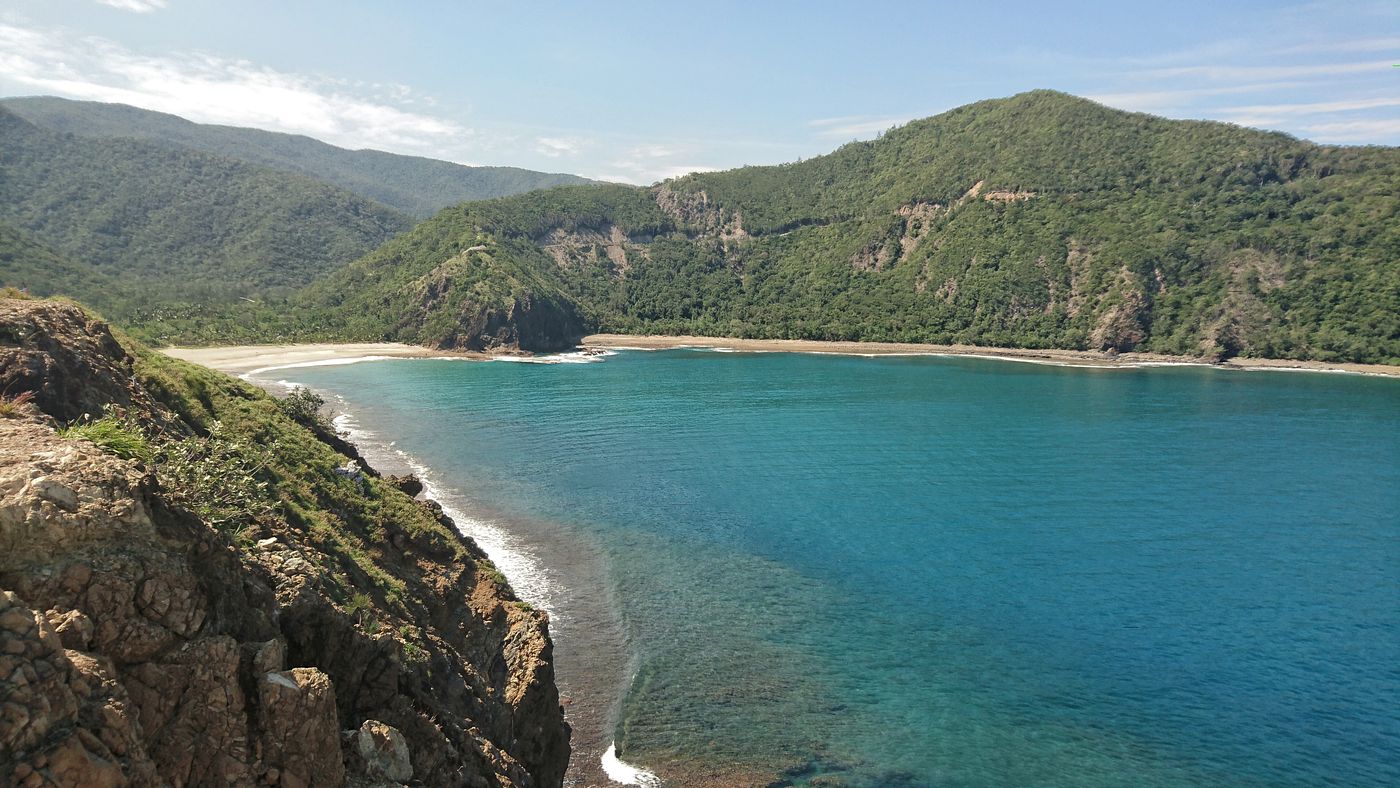 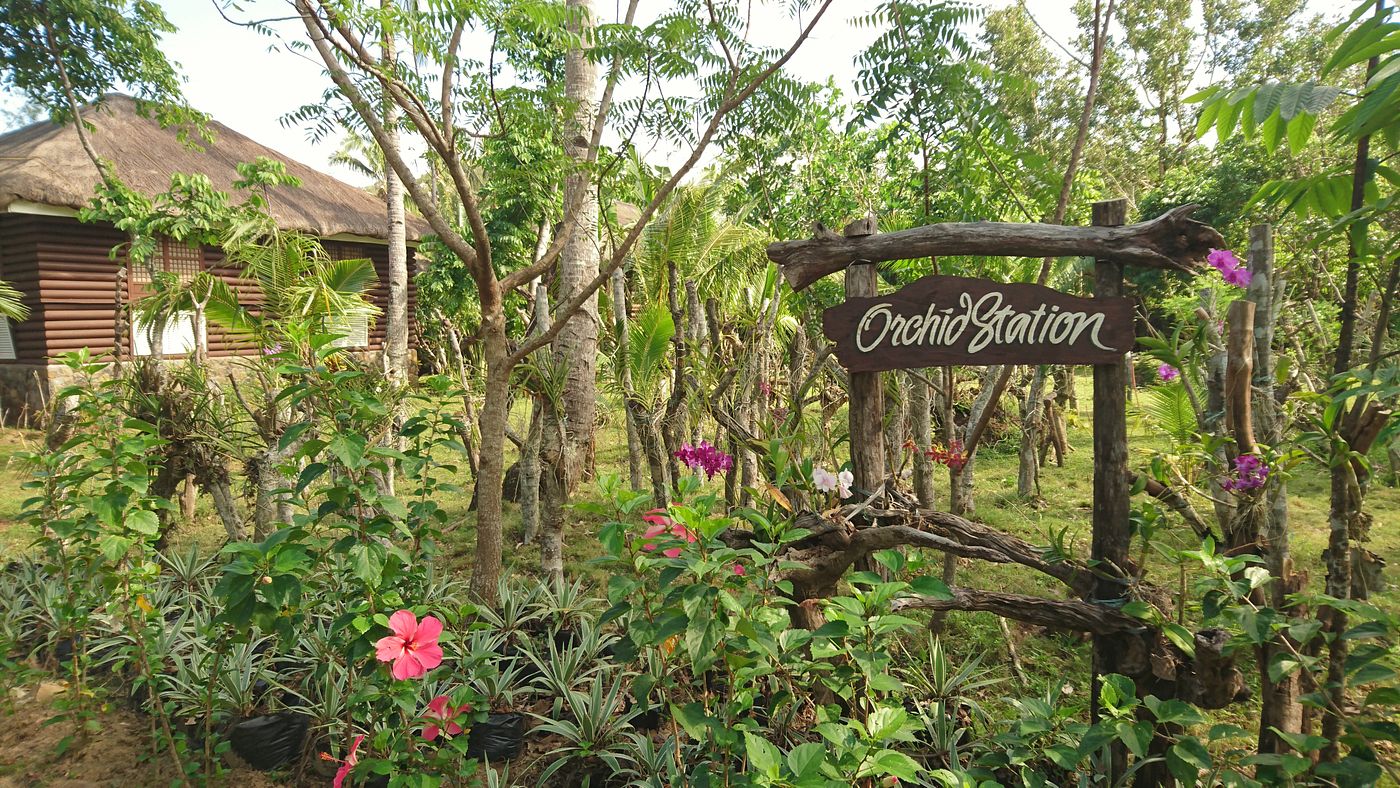 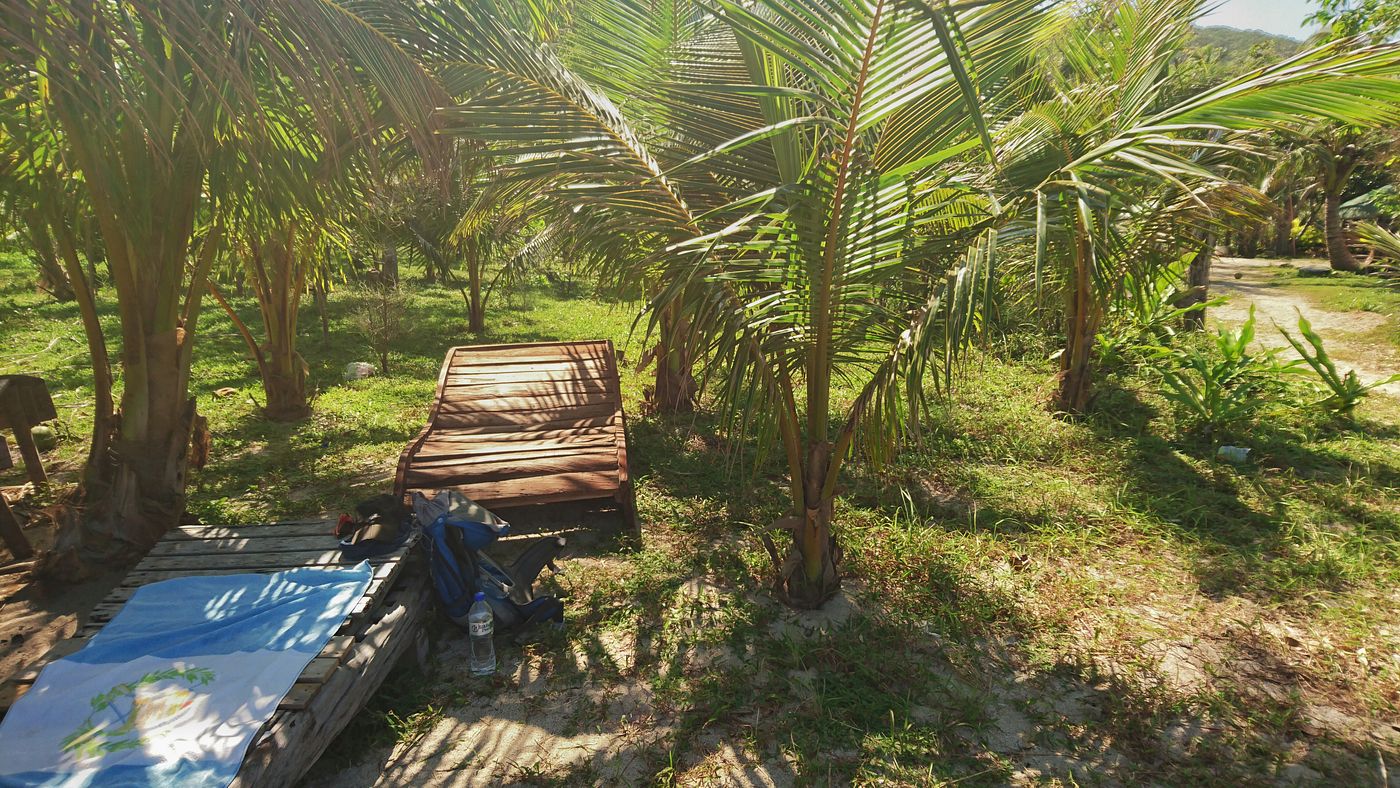 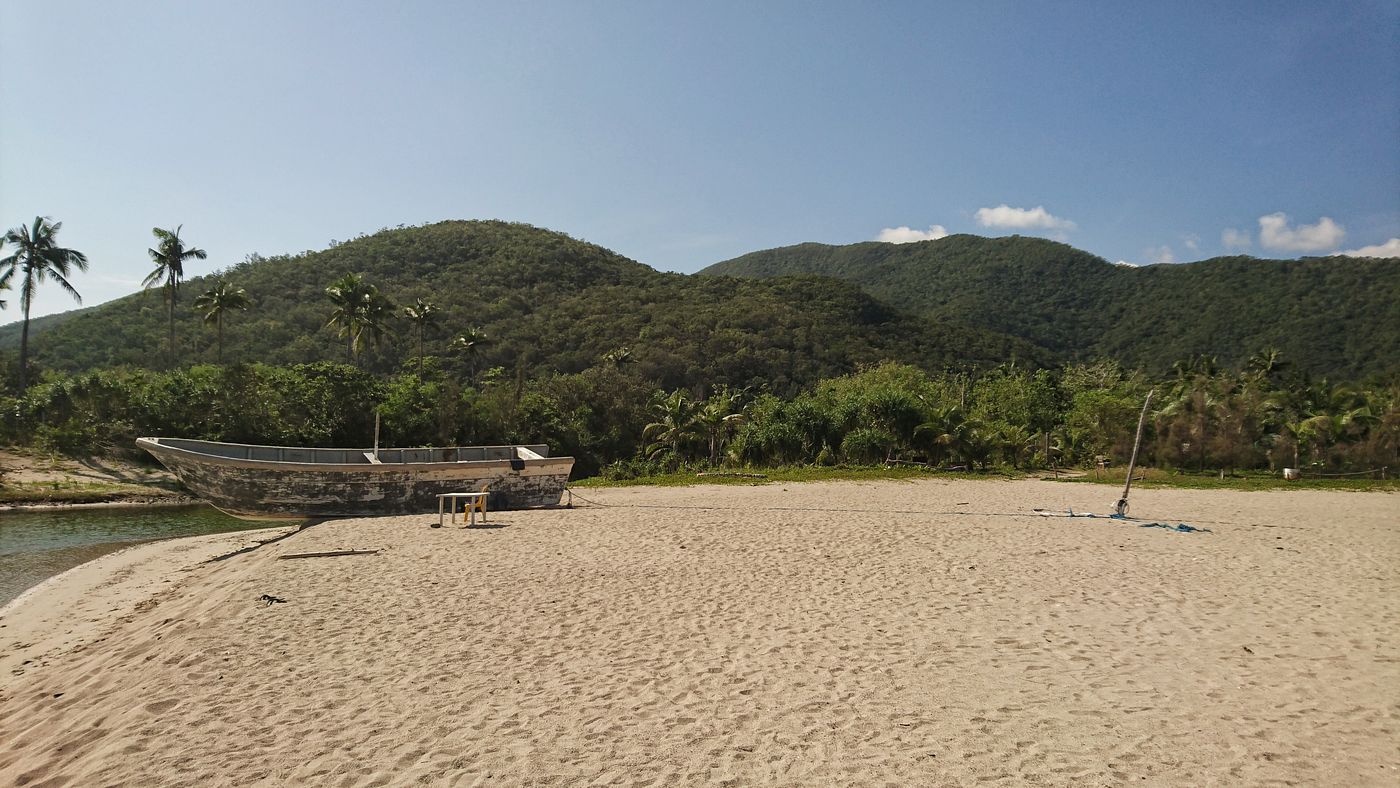 Balete Park and the Millenium Tree

The main attraction of neighboring town Maria Aurora is the Millenium Tree. This is a 600 years old Balete Tree, of which they say it's the largest of it's kind in Asia.

While you are there, enjoy some fresh coconut water and sample some of the local food specialties on offer. T-Shirts and souvenires are available, as well. 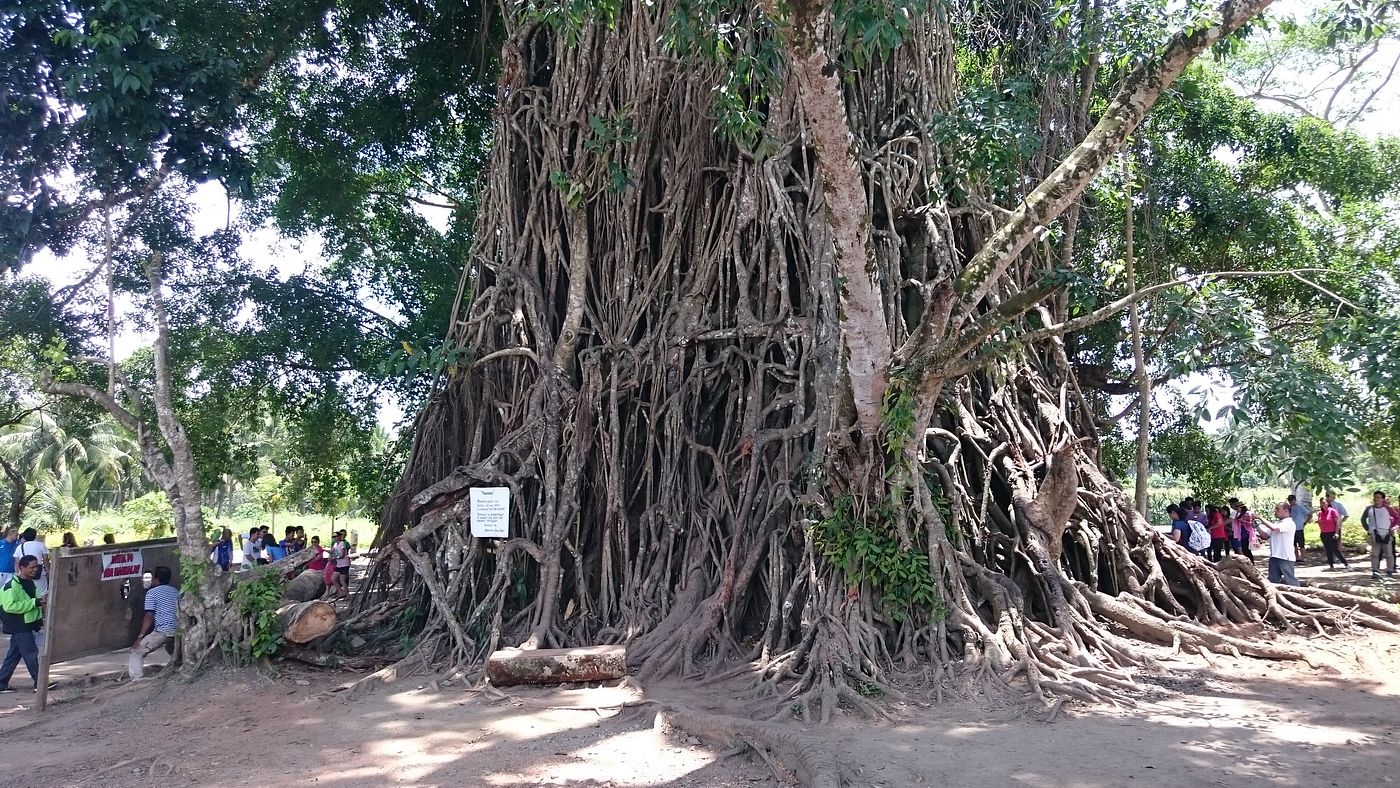 The mountain range around San Juan, west of Baler, has a couple more or less easy to reach falls to offer.

Ditumabo or Mother Falls are, once you arrived from Baler by car, tricycle or van, just a short hike along the river bed away. There used to be a nice little path, but heavy rains have washed most of it away. Also the Pool at the bottom of the falls is now filled with rocks that were washed down from further up the mountain. At the time of this writing the hike is interesting and still relatively easy to do if you're reasonably fit. Just be prepared for a little climbing and wading through water.

At the parking lot and along the path there's a couple of small shops where you can grab something to drink and eat. 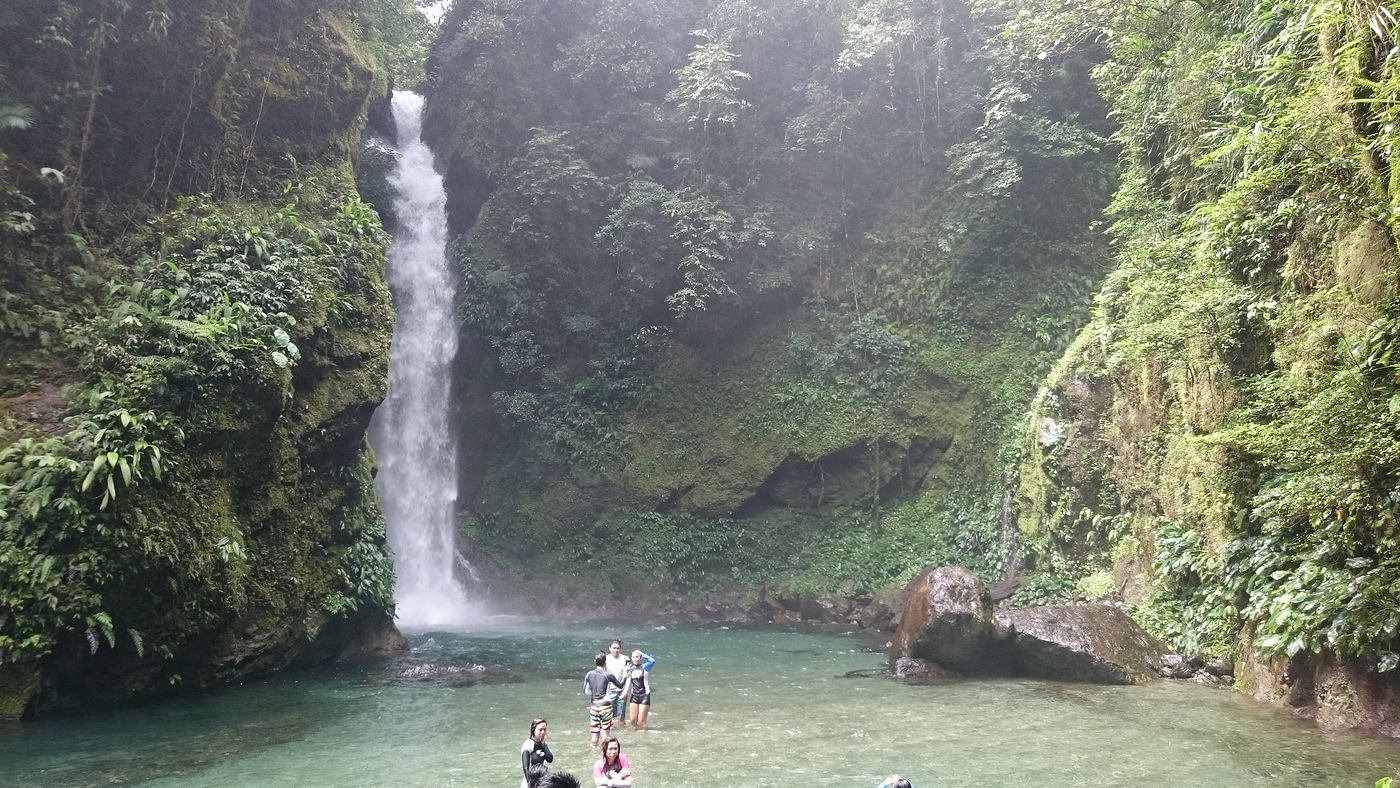 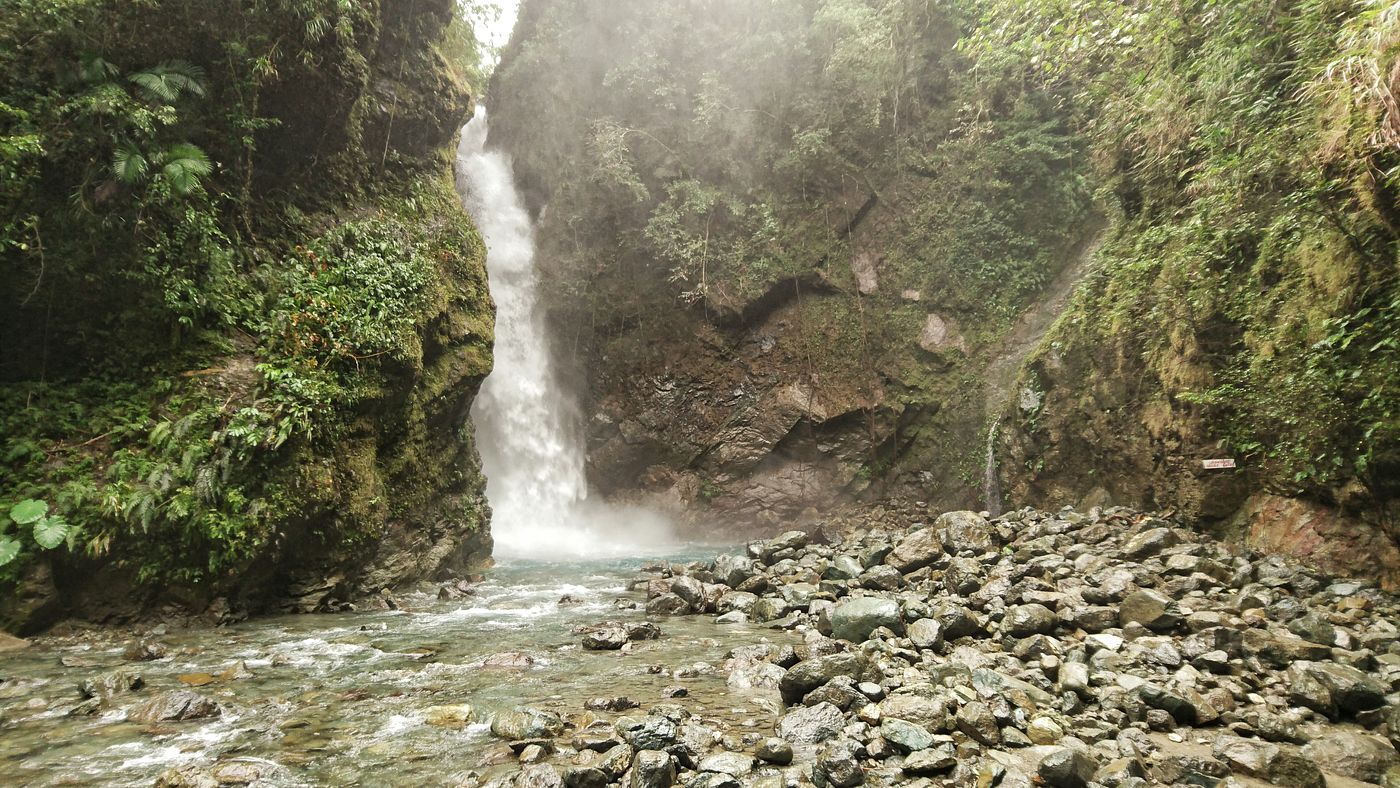 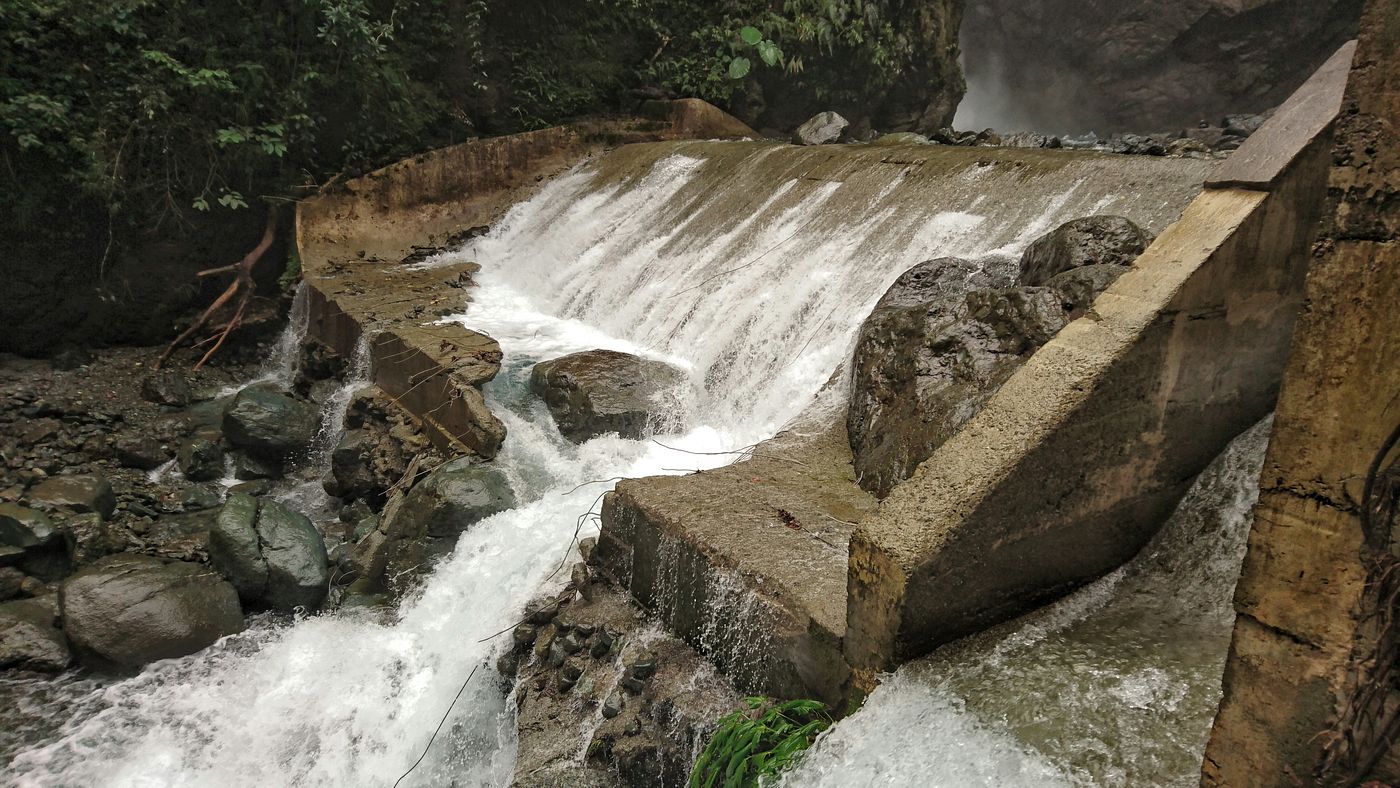 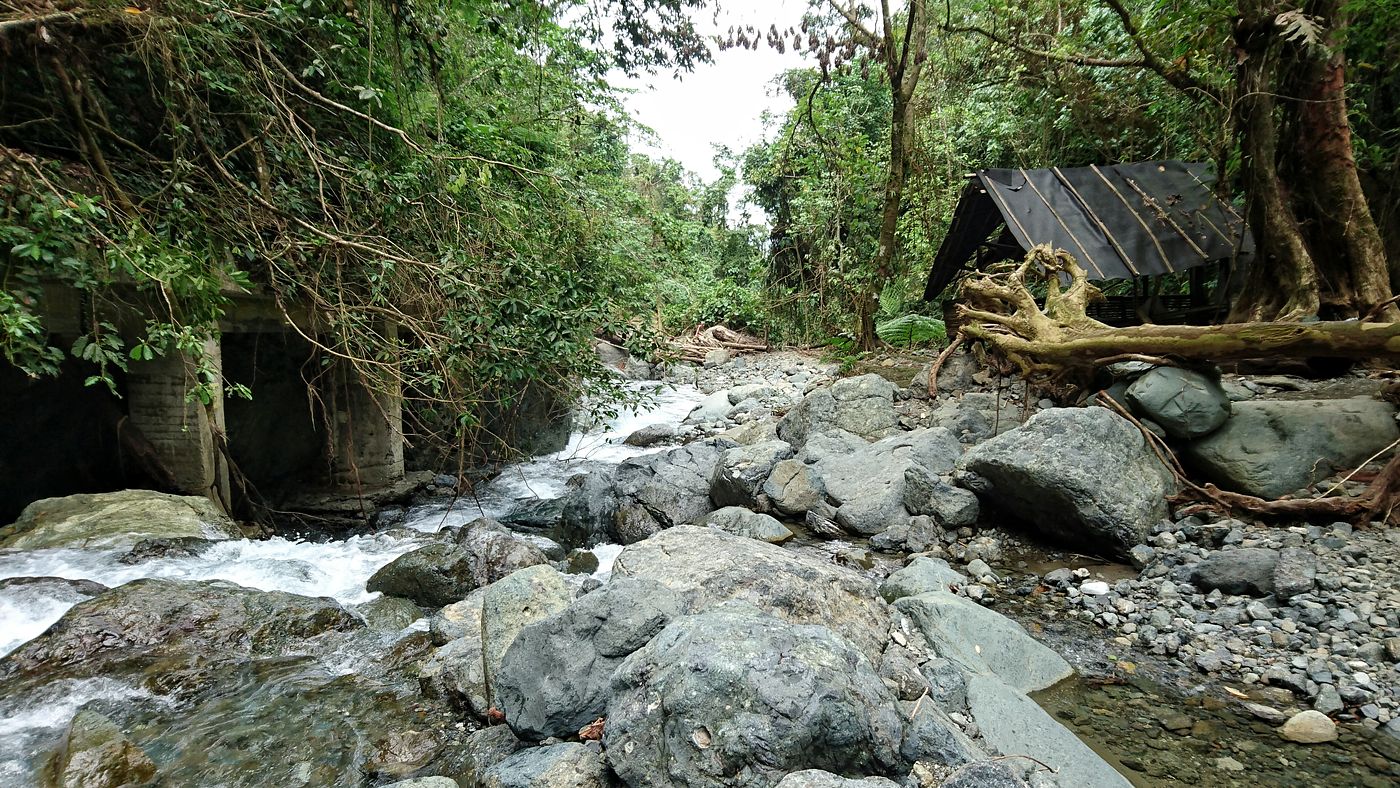 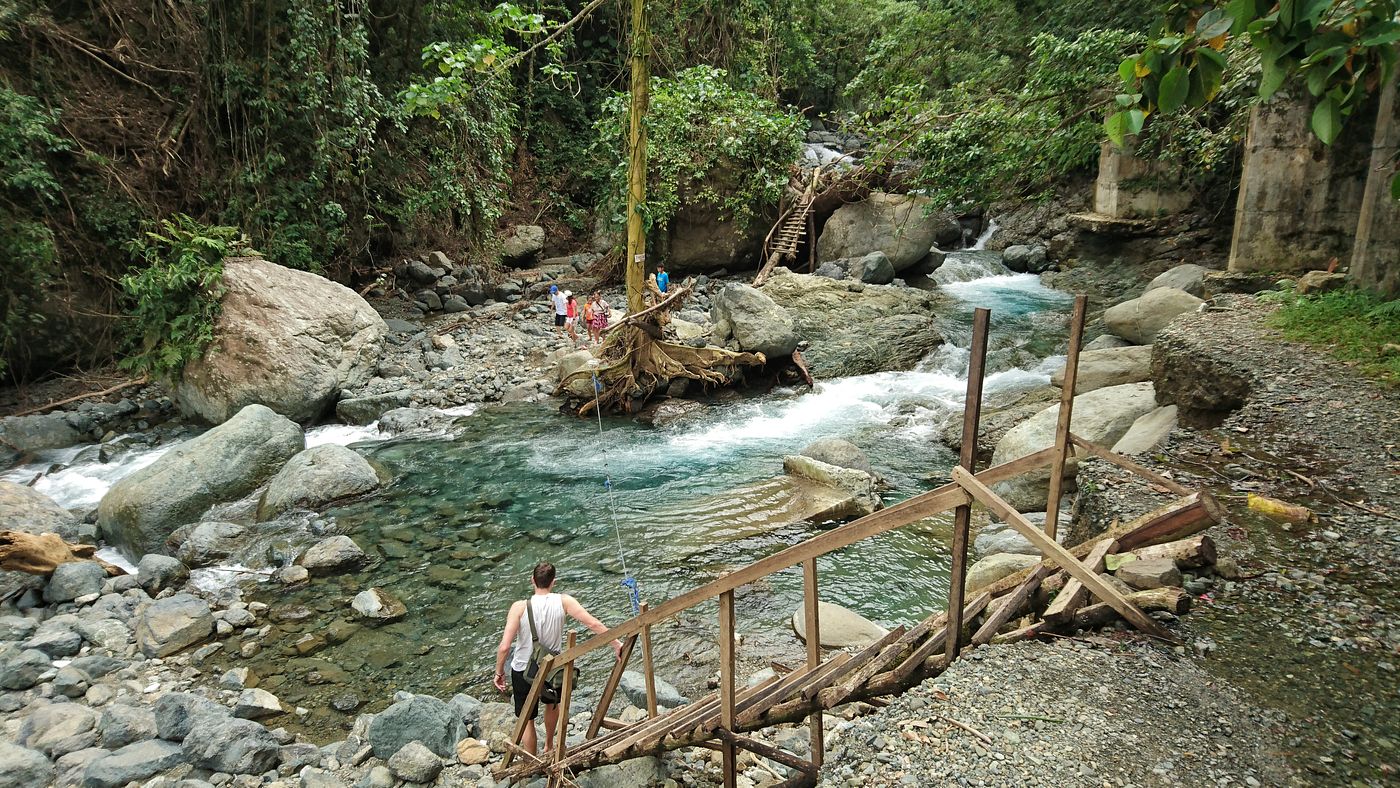 You usually won't drive 5 hours into the philippine province for shopping, but there's a couple exceptions. Fresh seafood and fruits can be found at the local wet market, and, during season, there are plenty of fruit stands along the road in the mountains. Among other things, they are growing delicious dragon fruits there, definitely a must-try! 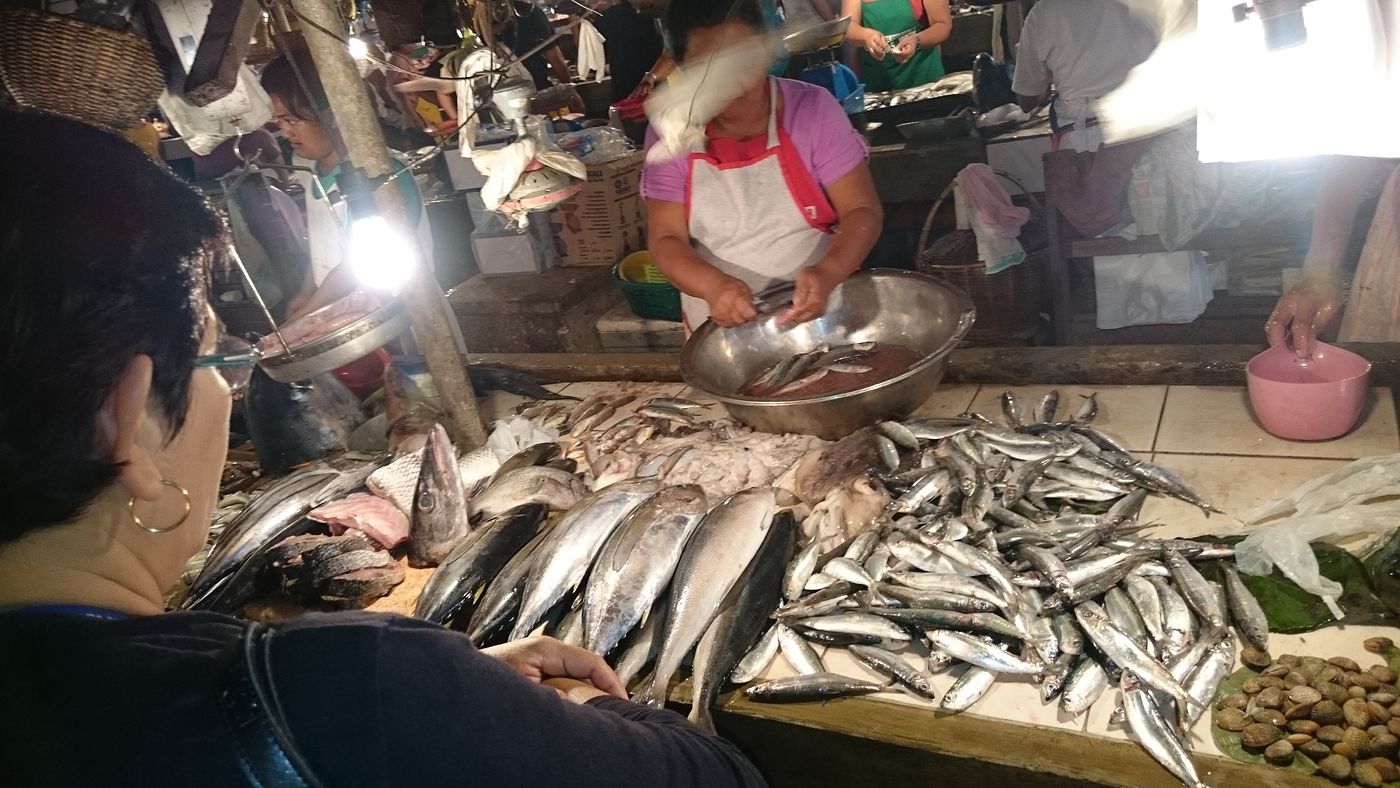 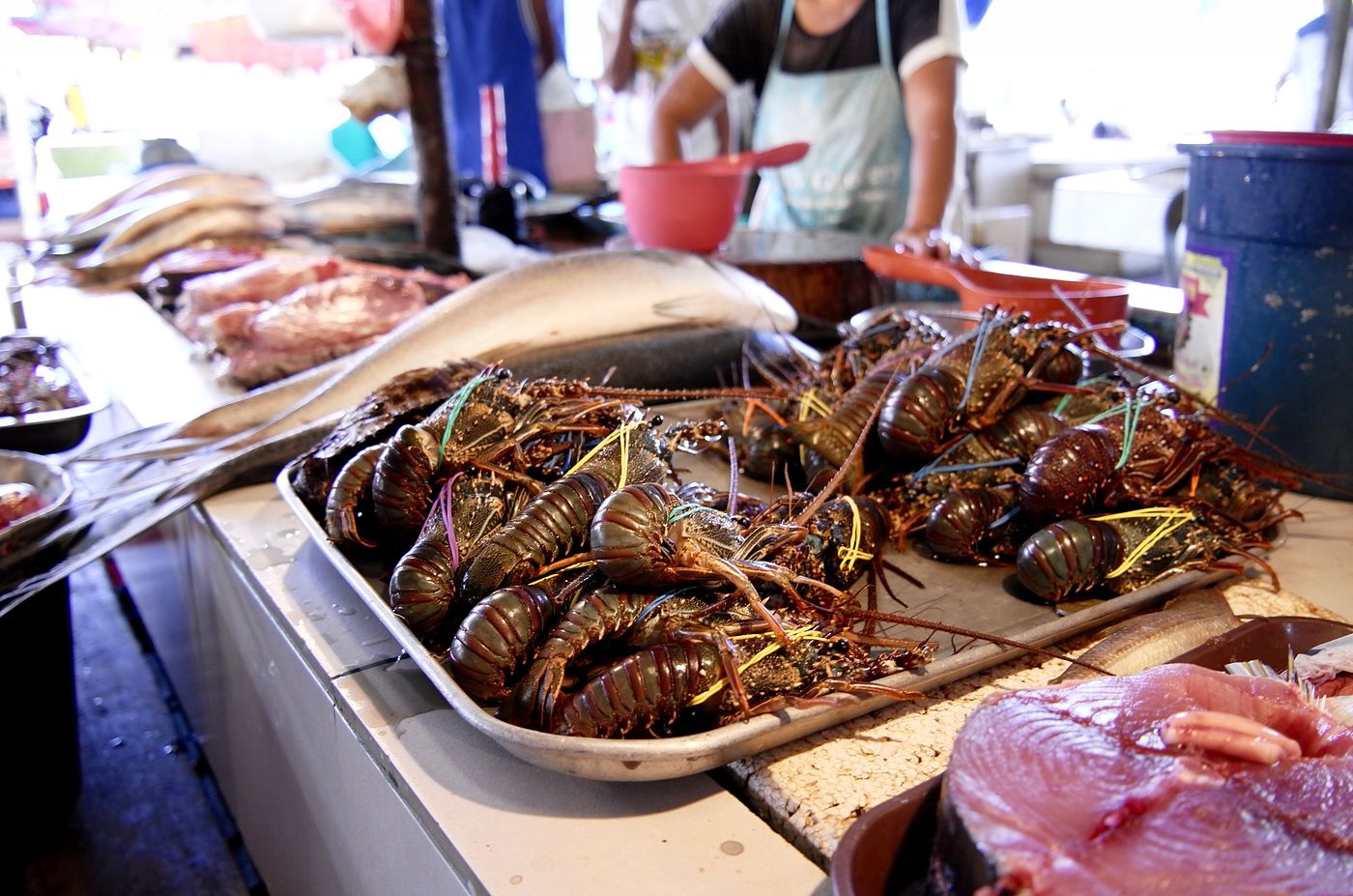 For further information you might want to checkout these: