And once again, a visit at the LTO. Unlike for example in Germany, where the drivers license is valid indefinitely, drivers licenses in the Philippines are only valid for 3 years and need to be renewed before they expire. 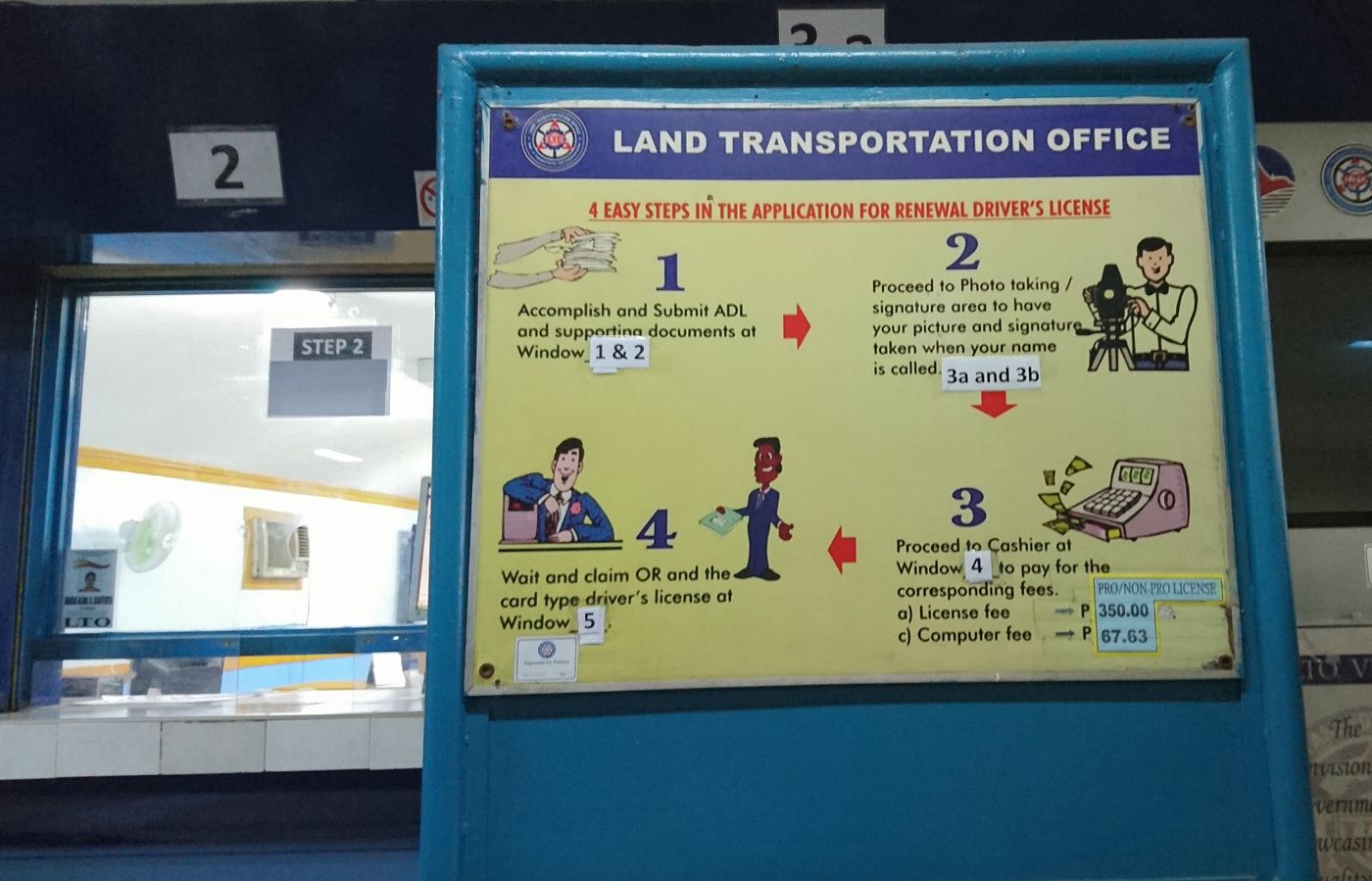 Turns out that his is actually easy to accomplish. Just bring PHP 500, your old license and a…

The purpose of this certificate is to prove your physical fitness to drive a vehicle. Around the LTO main office in Quezon City are several offices that issue these certificates after what is basically a measurement of height, weight and eye sight. The cost is around PHP 300 and it's quick and easy. Do not fall for any of the fixers that hang around in the area and try to sell their services, they aren't needed.

In earlier times passing a drug test was obligatory as well, but this is not necessary anymore.

I got my certificate at the LTO branch office at SM North EDSA. Unfortunately they had construction works going on and this was the only thing you could do there at the time, otherwise the trip to the main office would not have been necessary at all.

The certificates are valid for a month, so you don't have to get yours on the exact same day you intend to do the renewal.

It's nearly 10 in the morning, and this time I didn't find a parking space. Oh well, I'm not the only one parking on the right lane of East Avenue. Let's hope this doesn't take too long.

The way inside is lined with fixers, "no need to queue up Sir I handle this" i their standard line, but at least for the task at hand I'm certain I don't need their help.

Outside the building where the renewal takes place I present my medical certificate and the expiring license. The LTO official staples them together, adding a number from a stack. Oh great thinks the German, I can just sit somewhere and wait until my number is being called.

I should have known better. There is indeed a screen in the building which appears to serve the purpose of displaying the current / next up numbers. But it's out of order. Instead, a sitting queue is being formed at the seating area in front of the windows behind which bureaucracy is happening. The guard assigns me an empty seat in the last row, and really, whenever it's somebody's turn, everybody gets up and moves one seat forward. It was so surreal I should've really filmed it. Of course having to get up every few minutes is totally annoying and makes it impossible to, for example, read anything that's longer than a Facebook post. Even just standing in line would have been more comfortable than this. Unfortunately nobody seems to care and the guard watches carefully that everybody follows this strange regime.

After 20 minutes of getting up and sitting down it's my turn and I hand my stuff including the useless number to the person behind window 1. I'm being asked if the data on the license is still current (among other things it has the address written on it). I moved a while ago but who cares, I don't want to complicate things and simply nod.

Now I wait again, until I'm being called (by name, the number was exclusively for window 1…) to the photo station. Here a USD20 web cam is used to snap a picture, and I have to sign on some touchpad. Modern times…

I sit down again close to window 4, where the cashier sits. When called I pay a little less than PHP 500, and another few minutes later I get my new drivers license and a receipt. One of the perks of living in the capital region - you actually get your drivers license card immediately. I later learnt that in the province they simply didn't have the little plastic cards for years and people just got a receipt or whatever instead.

So this was that, and after one hour I'm back on my way to the car, happy that I'll just have to come back here in September for the yearly Car Registration Renewal.