Koh Lanta is in many aspects the complete opposite of the more widely known islands of Phuket and Koh Phi Phi.

This is a quiet, peaceful place with really long and spacious beaches, and alcoholic beverages served in buckets are hard to find - definitely a good spot to combine work and vacation. That's why this January half of the Planio team was there, and I also dropped by for a week from Quezon City.

There's no airport, so you either have to take the boat from Phuket or a car / motorbike from Krabi, using a ferry for getting from the mainland to Koh Lanta. There's various options and generally it is 'the more expensive, the faster'. A relatively cheap option from Phuket is going by ferry first to Koh Phi Phi and from there to Koh Lanta.

Since there is a direct flight from Manila to Phuket I went this way. I booked my ferry tickets with Koh Lanta Pocket Guide. Going from Phuket to Koh Phi Phi took 2 hours, the next part from there to Koh Lanta another hour.

First thing in Koh Lanta was getting a bike. Along the road at the port there's plenty choices, and since I had only light luggage getting a bike there was very convenient and saved me from paying separately for transportation to my hotel.

Bike rental outlets usually want to keep your passport as a deposit, but after insisting in a friendly way they were happy with a photo copy and my local Philippine ID card. A cash deposit would also have worked but I didn't want to get back a handful of Thai Baht just before leaving the country. 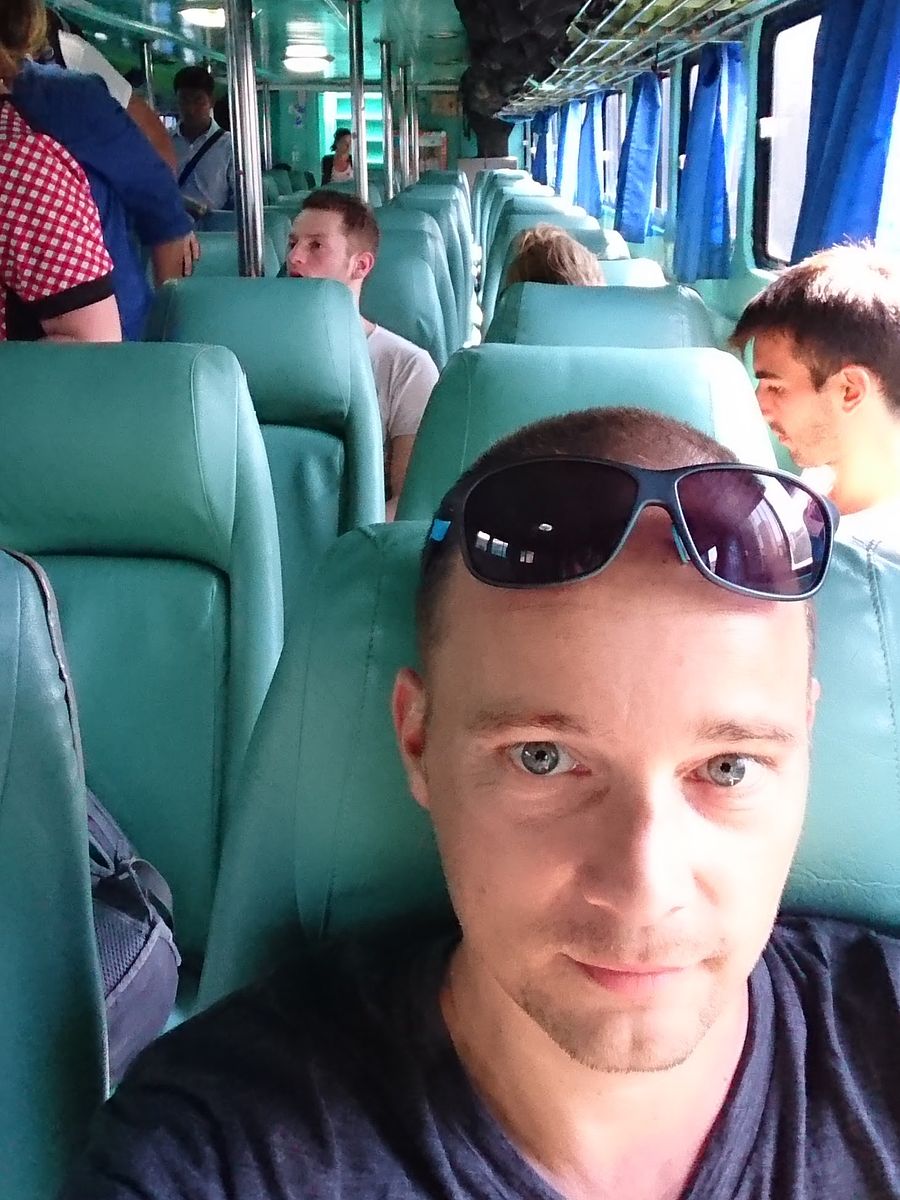 There's a wide range of hotels of all kinds, from simple huts at the beach to five star establishments. The big beaches and most hotels are on the west coast of the island.

I stayed at the Leaf House at Long Beach - simple but nice, quiet and just a tow minute walk to the beach. Nearby Pearl Beach Resort was my breakfast place since they served good coffee and had a good breakfast buffet.

Along the beaches there are numerous small restaurants and bars. We often met for work at the Funky Fish.

WiFi is generally available but sometimes shaky, just to be sure it's a good idea to get a local SIM card. There's also KoHub where you can work at a real desk if you have to. 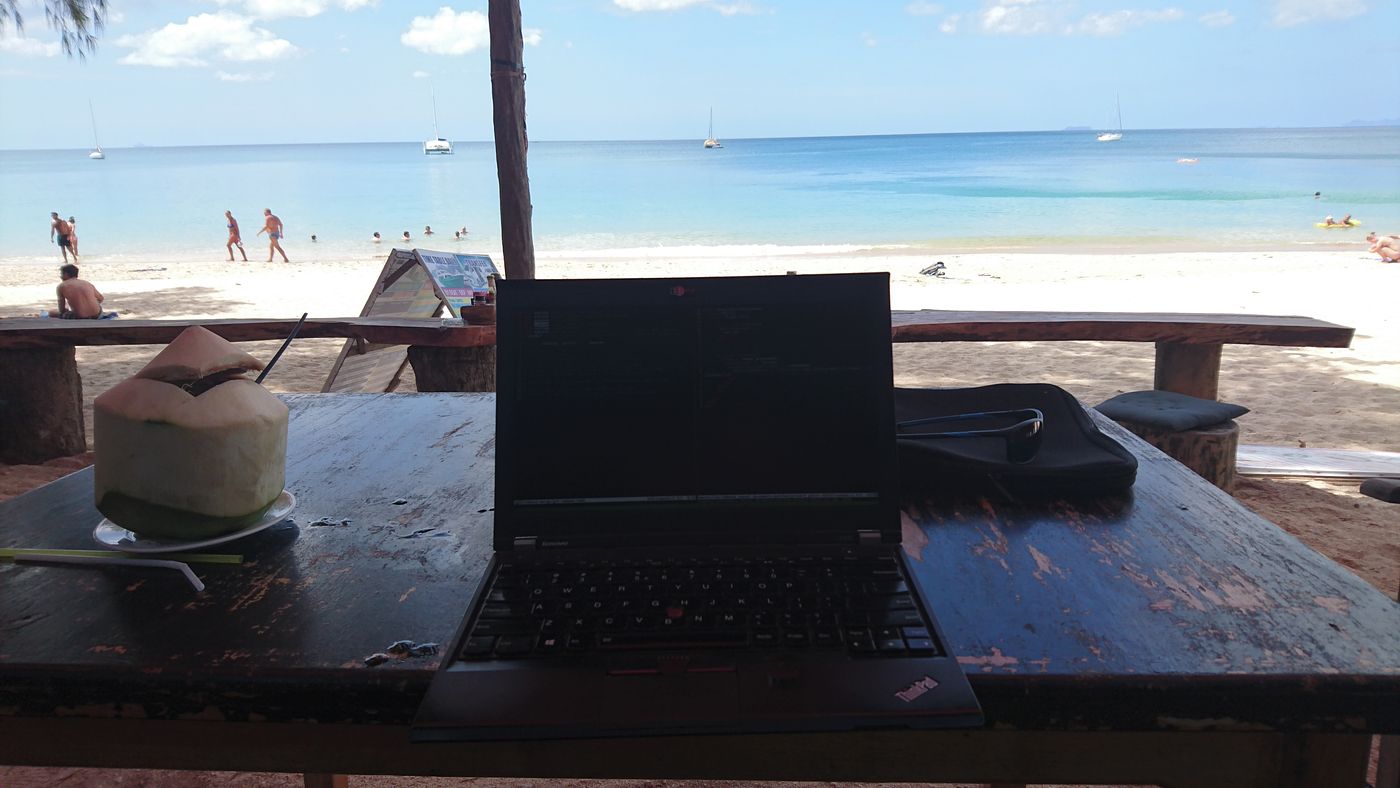 Koh Lanta actually is a group of islands, the two main islands being Koh Lanta Yai in the south and Koh Lanta Noi north of it. The latter is closer to the mainland and connected to it by a RORO ferry.

There's not much on Lanta Noi, as far as I know there isn't a single hotel there. Anyway I wanted to have a look.

Currently you can get from one island to the other by long tail boat or ferry, but a bridge is under construction. For fun I chose the long tail, which makes for an interesting experience. Getting off the sandy beach at Koh Lanta Noi wasn't too easy, let's blame the lack of tire profile :)

It is a good idea to fill the tank before leaving, there's no gas station on Lanta Noi and even the places selling fuel by the bottle are rare.

There's not much to see, but at the east coast I dound a small restaurant with a nice view directly at the beach. Further south is a big pier with unknown purpose, and that's about it. Going back I took the much more comfortable car ferry. 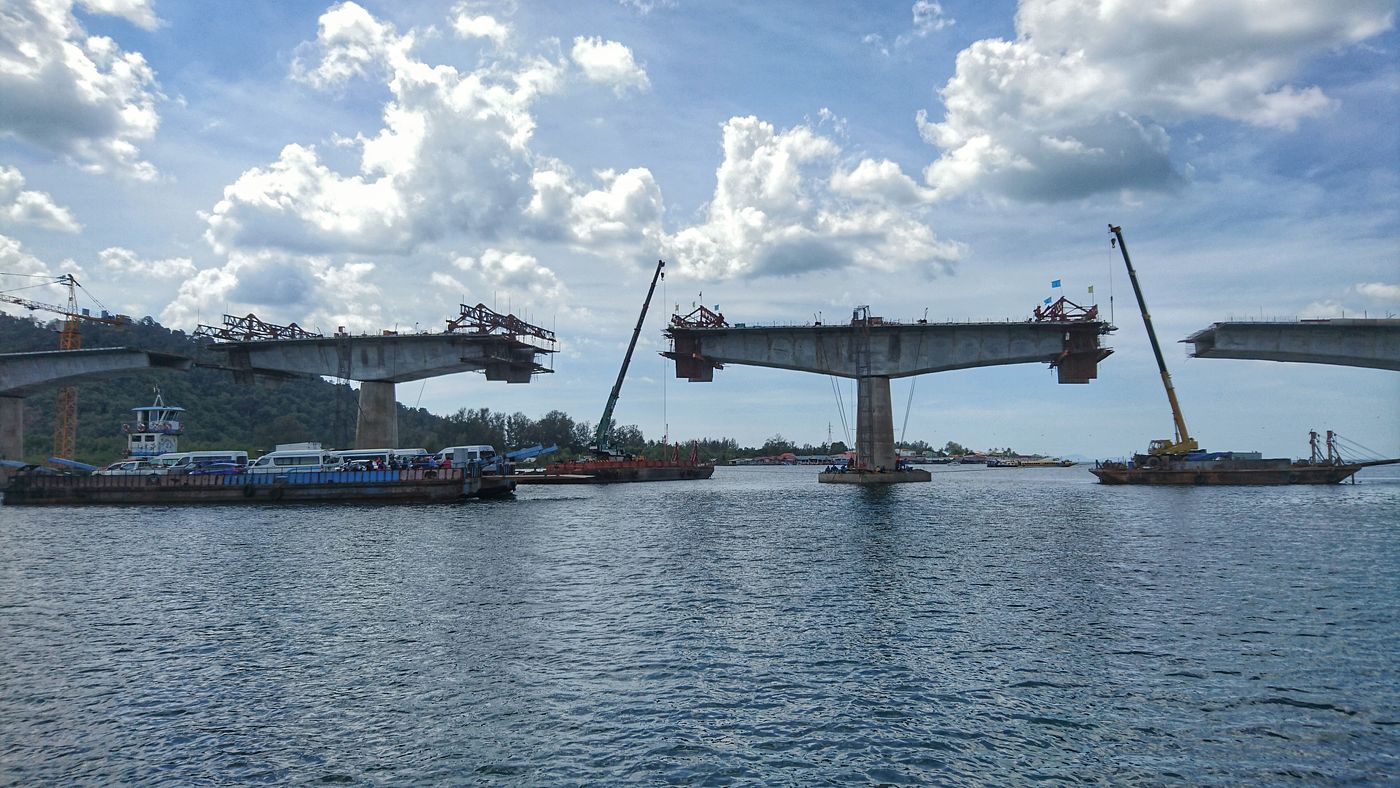 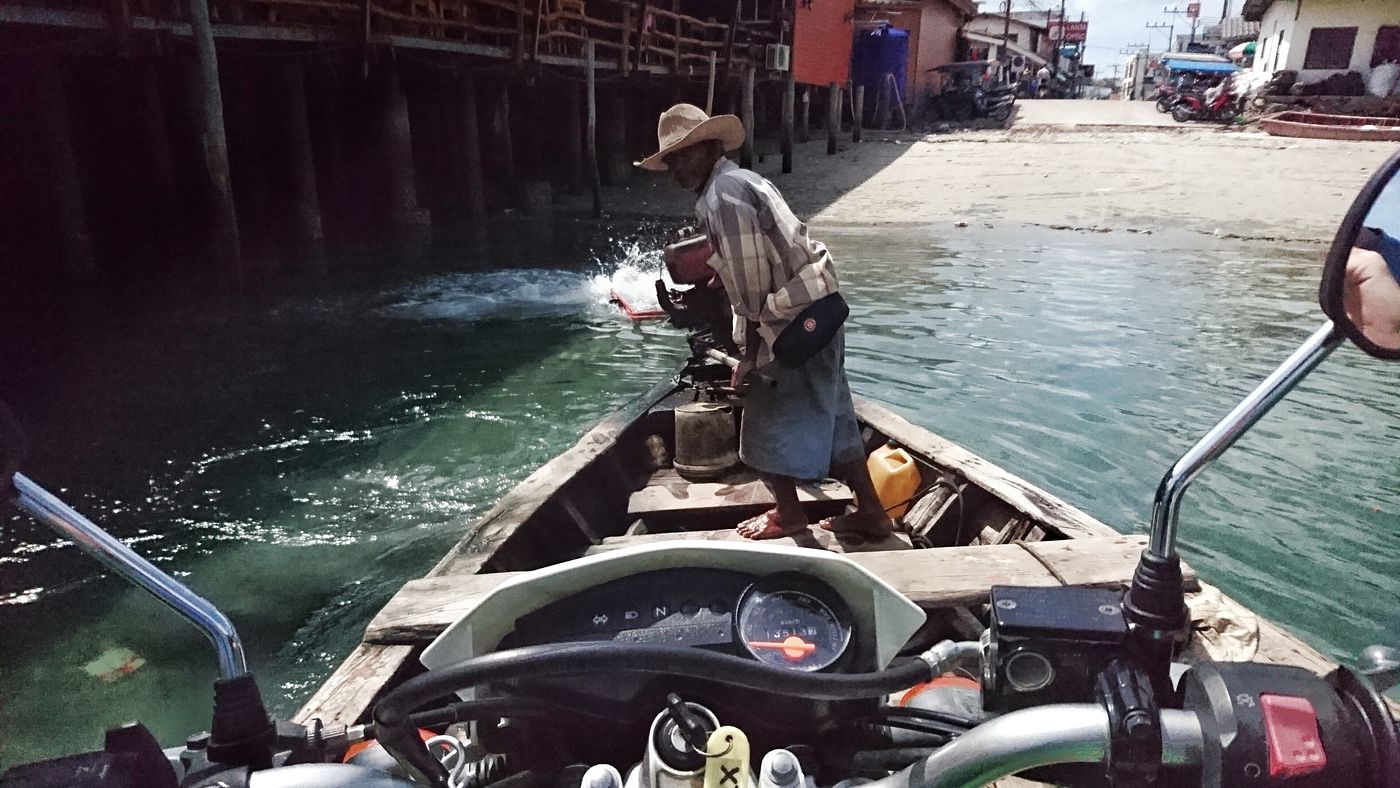 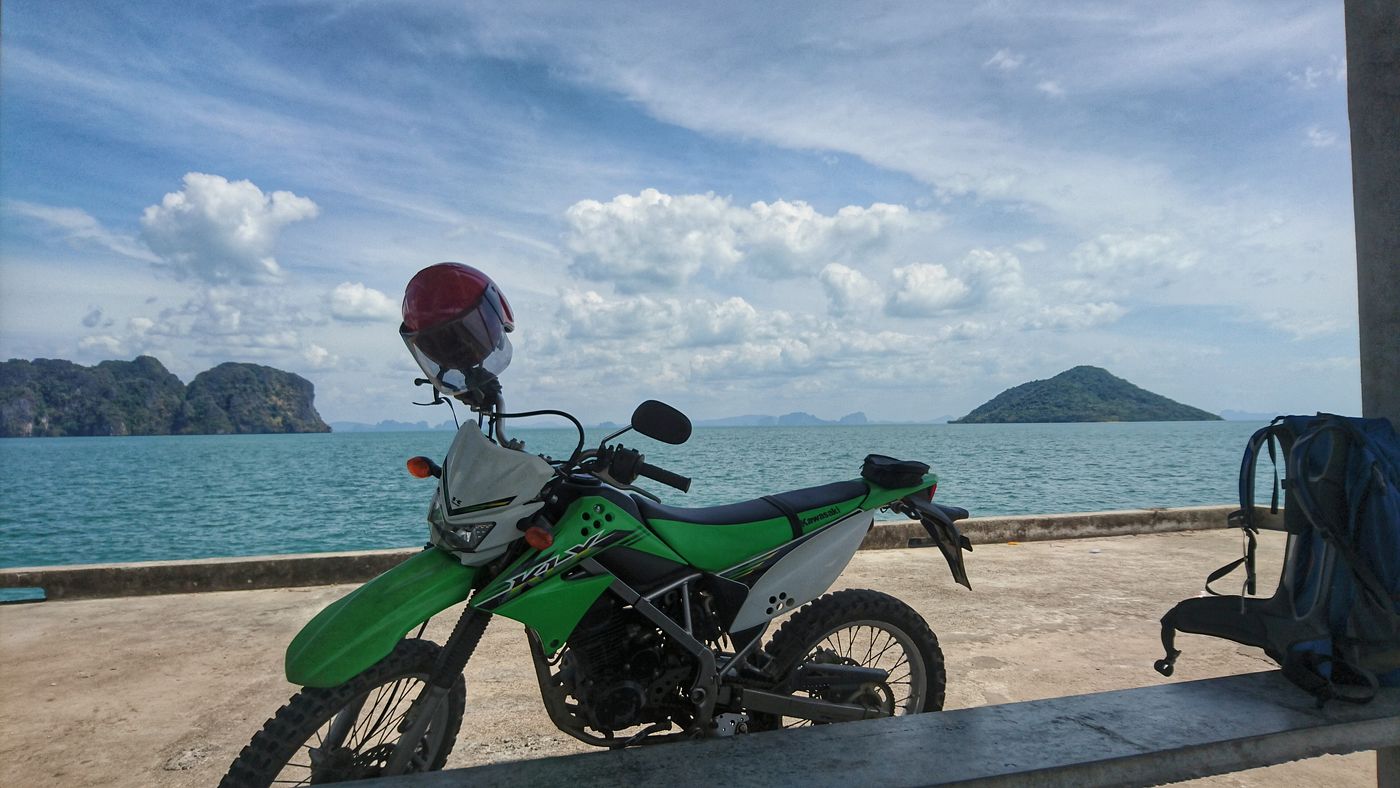 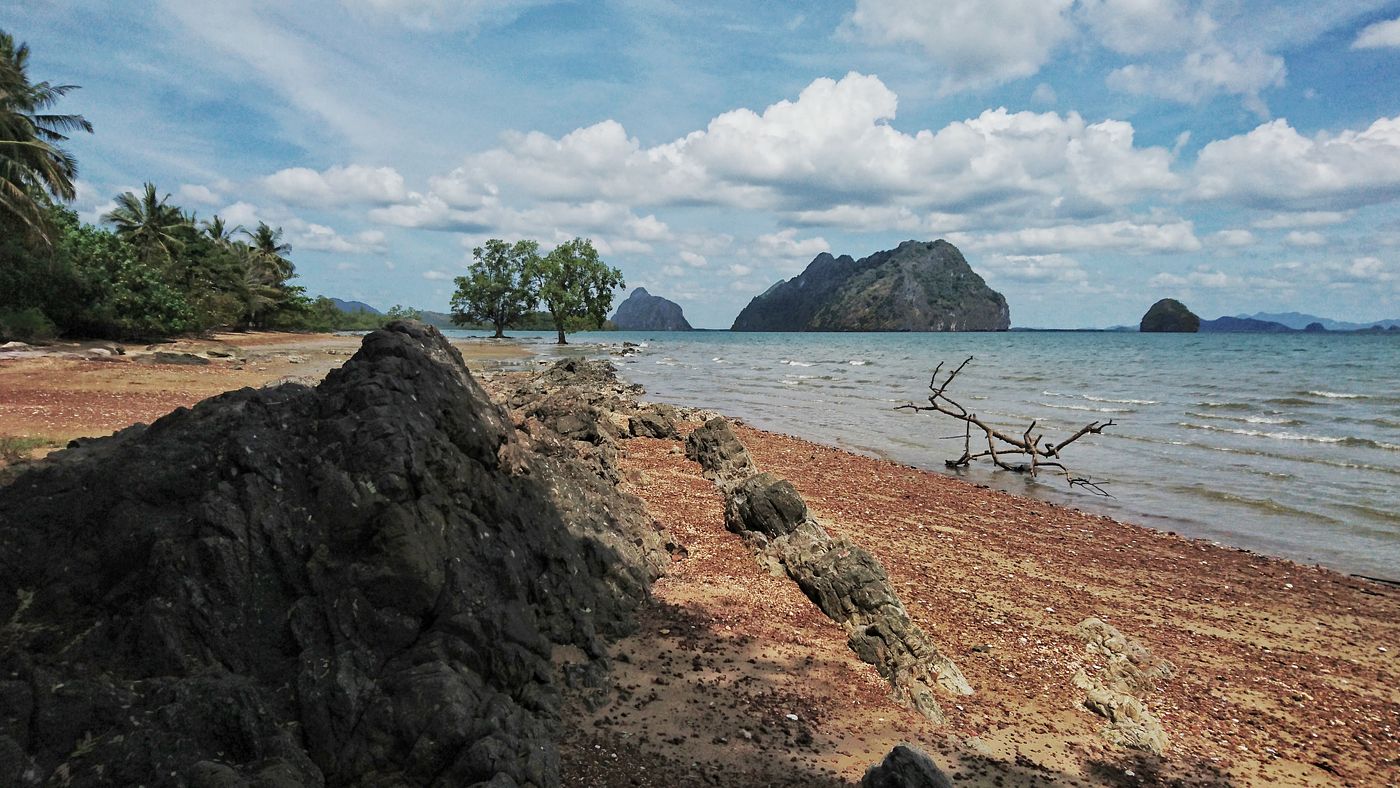 The old town on the east coast is home to a lot of restaurants and cafes. Nice for a visit around lunch time. 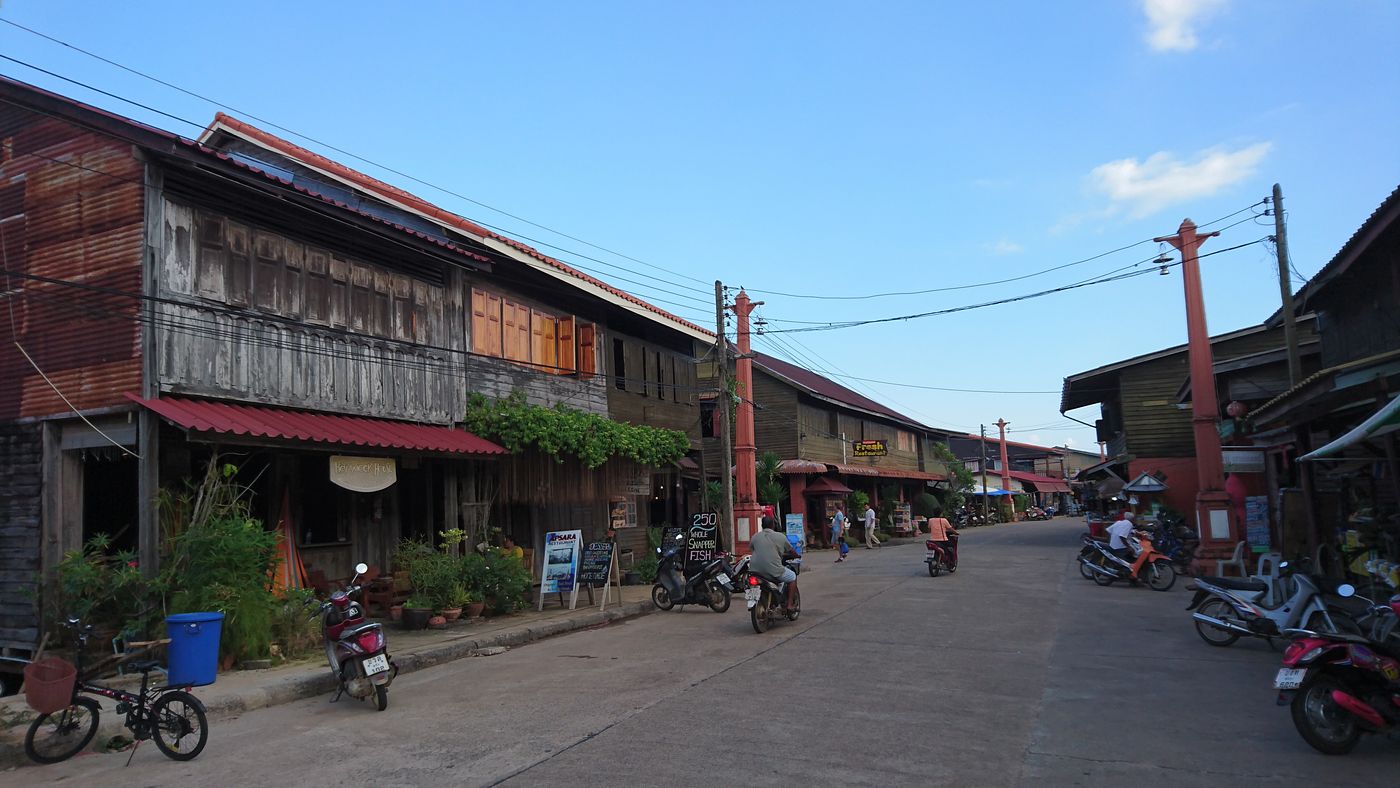 Going further south on the west coast, traffic becomes less and less, the road gets narrower and the terrain gets hilly.

Pretty much at the end of the road, close to the national park on the southern tip of the island, a steep road leads down to Bamboo Bay. There's a big, nearly empty beach, and a couple of small hotels and restaurants. 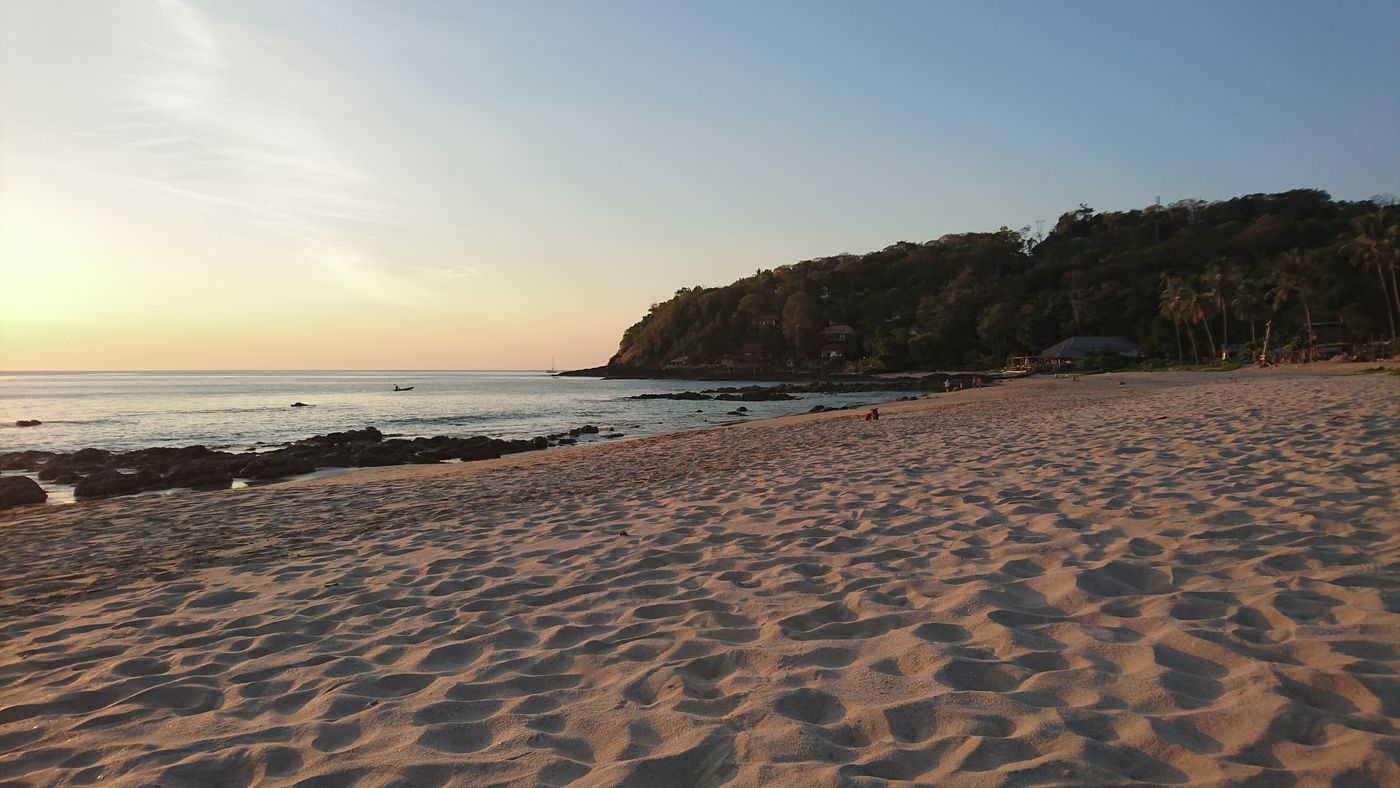 Yes, there is night life on Koh Lanta. It's just a matter of being in the right place at the right time. Local bars take turns and each day of the week sees another bar packed with party people. Korner Bar at the southern end of Long Beach and Ozone Bar in the northern part are two particularly nice locations. Just ask around in your hotel to find out their current schedule.

Besides booze and music you can visit one of the thai boxing arenas to watch the fights. Fight nights are announced by cars with loudspeakers on the main road and are hard to miss. 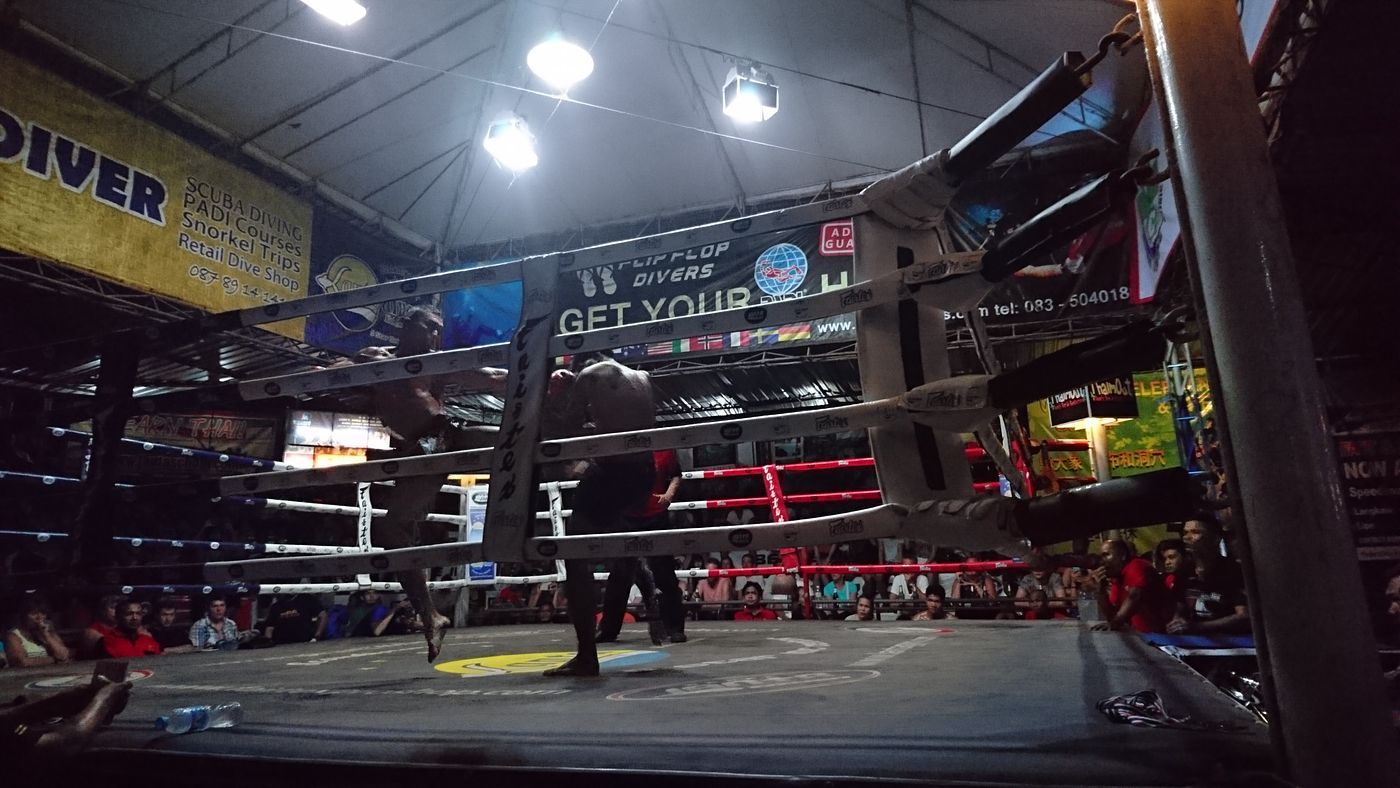 Going back via Phuket

If you have some time to spare before your flight out of Phuket, Nai Yang beach might be a good option to catch some sun before you go. It's just a couple of minutes from the airport, with little luggage you could even walk.