In an attempt to avoid Cebu City traffic we took the Lite Ferries RoRo from Argao, which brought us to Tagbilaran in a bit more than three hours. The sea was calm and the trip was rather uneventful and boring. Even more boring was the two hours we were waiting in the port for the ferry to arrive. What's more, since the staff selling tickets travels on the boat, ticket sale only started once the ship arrived, delaying things further. 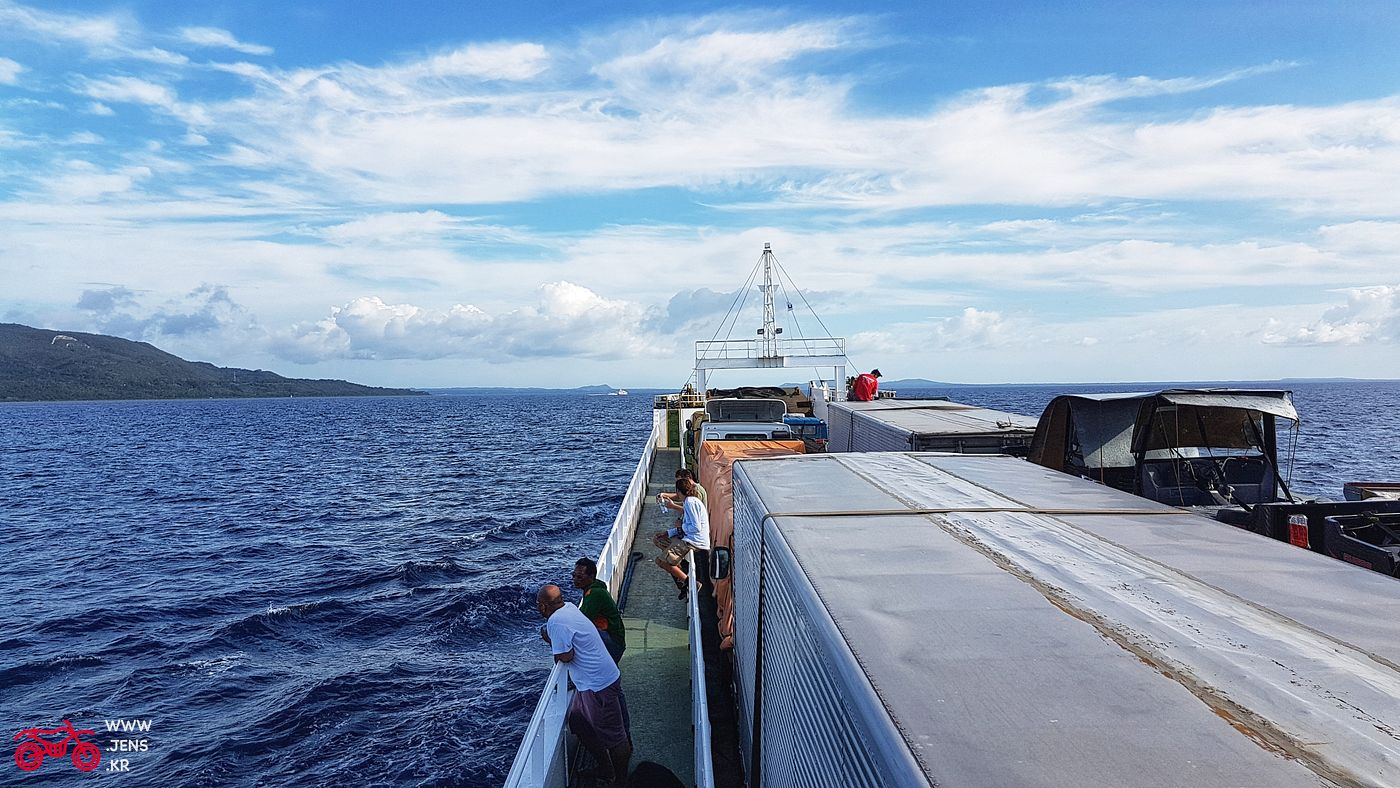 One thing to keep in mind if you go that route and travel with a vehicle and one or more passengers: Get an extra ticket for the upper deck seating area for the driver, seats there are numbered and we ended up sharing one seat number on the bench and had to convince some Chinese tourists who had the rest of the seats on that bench that this is OK because we're in the Philippines ;)

From the port in Tubigon it was just a short drive to out hotel.

We stayed in Dauis, a small town on the island of Panglau. Coming from Tagbilaran, Dauis is the first municipality you pass after crossing one of the two bridges that connect the islands of Bohol and Panglao. 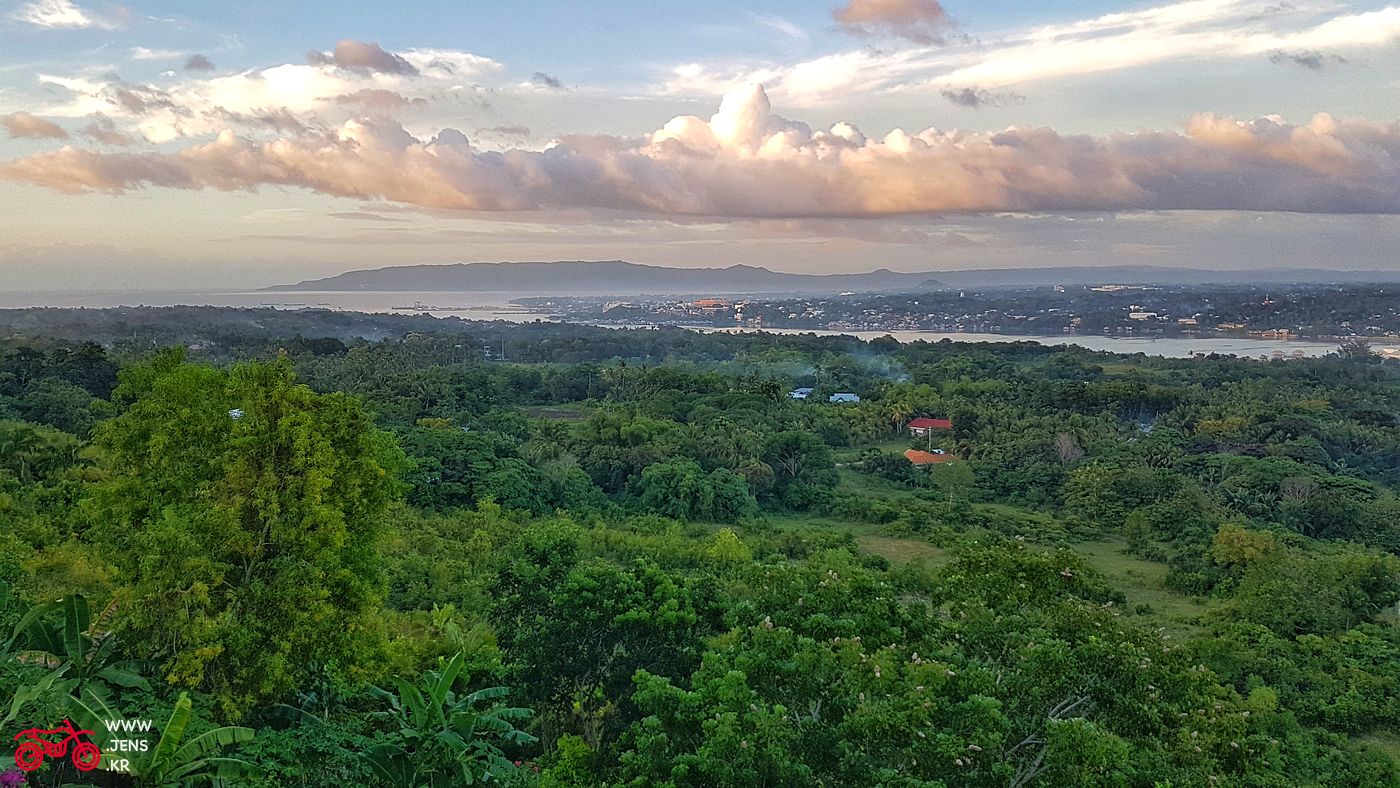 Located up on the mountain facing Bohol, the Bohol Vantage Resort sports fantastic views of the island at any time of the day. Even if you don't stay there, the restaurant is worth a visit for the view alone. From what I can tell their food is good, although we did not eat much there. 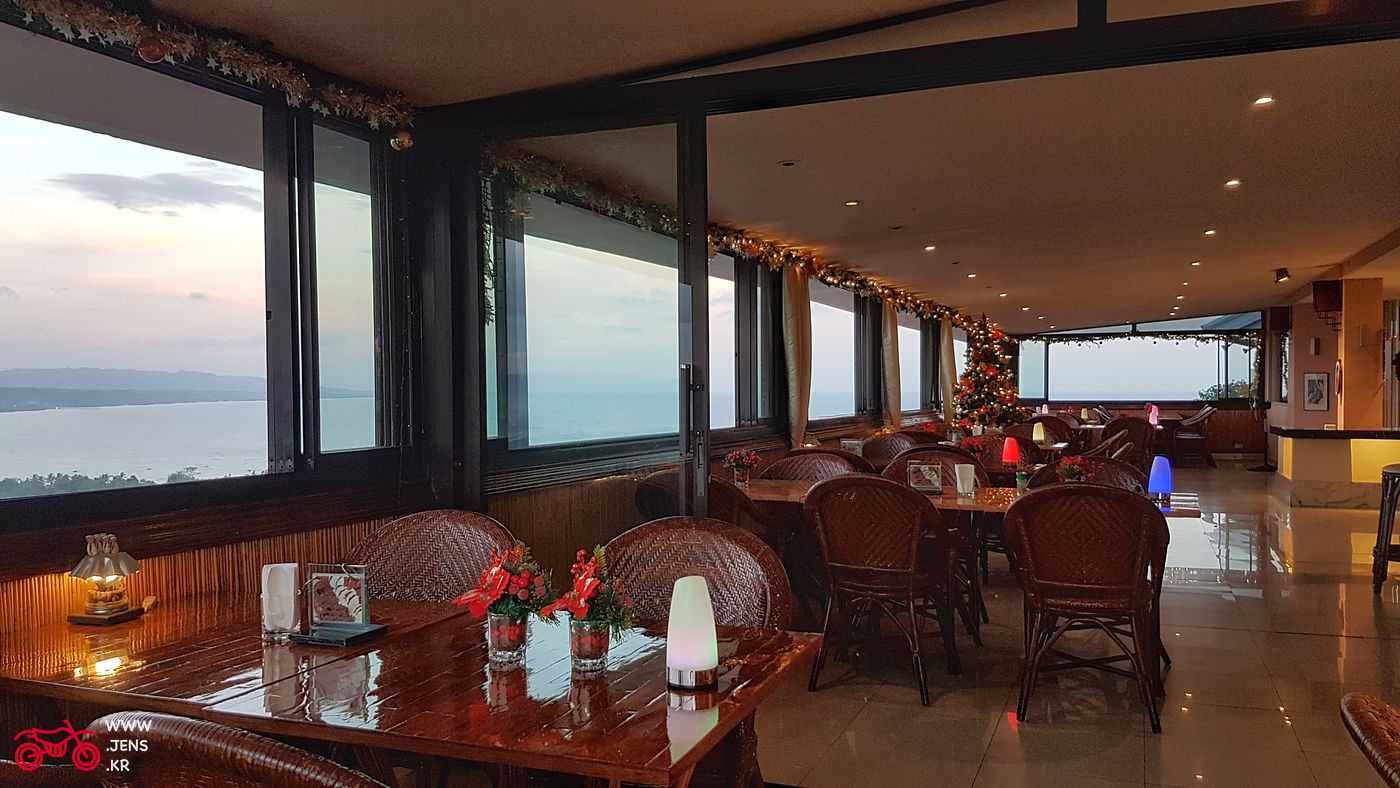 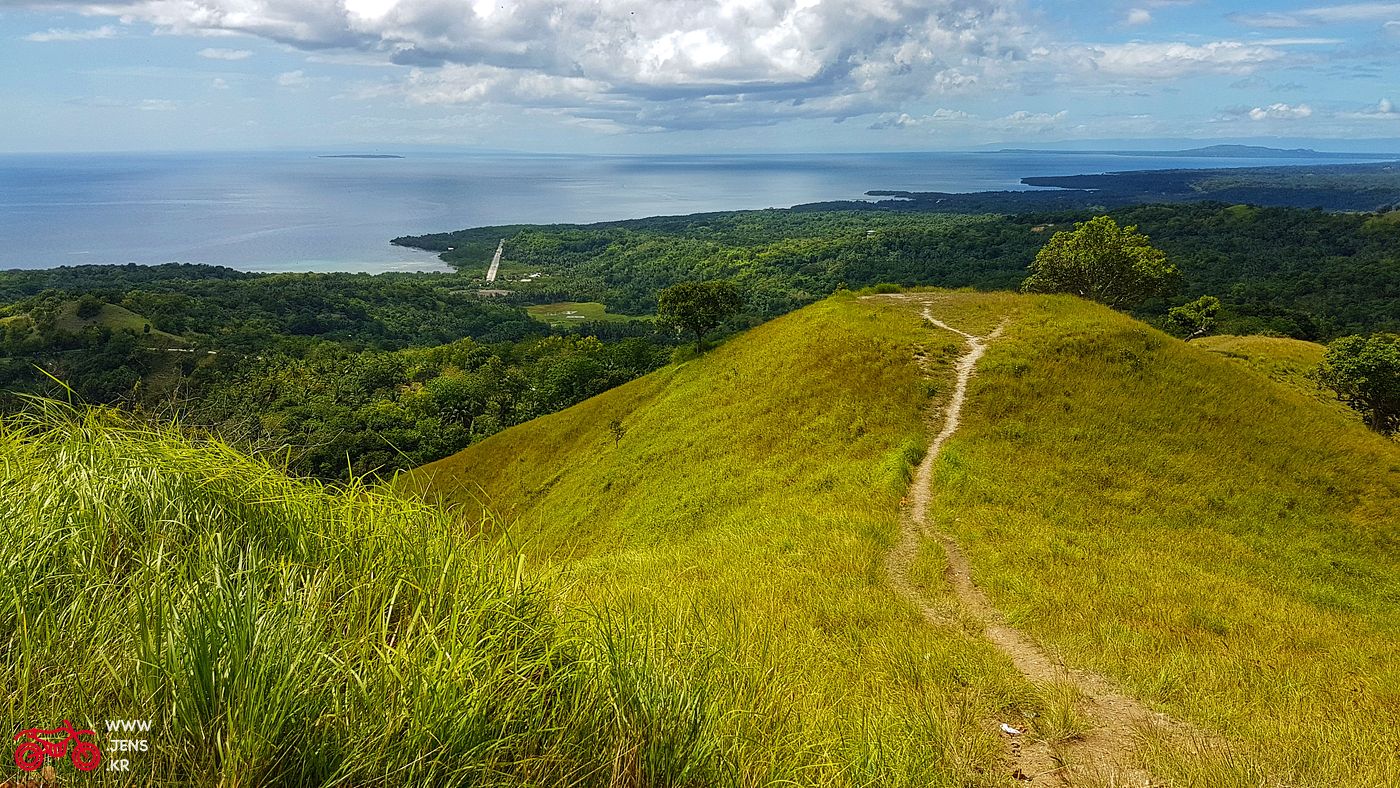 Located in the south east of Bohol not far from the circumferential highway is this little gem which we had all to ourselves. With good weather the views were awesome. The partly unpaved road leading up to the top made going there even more fun. 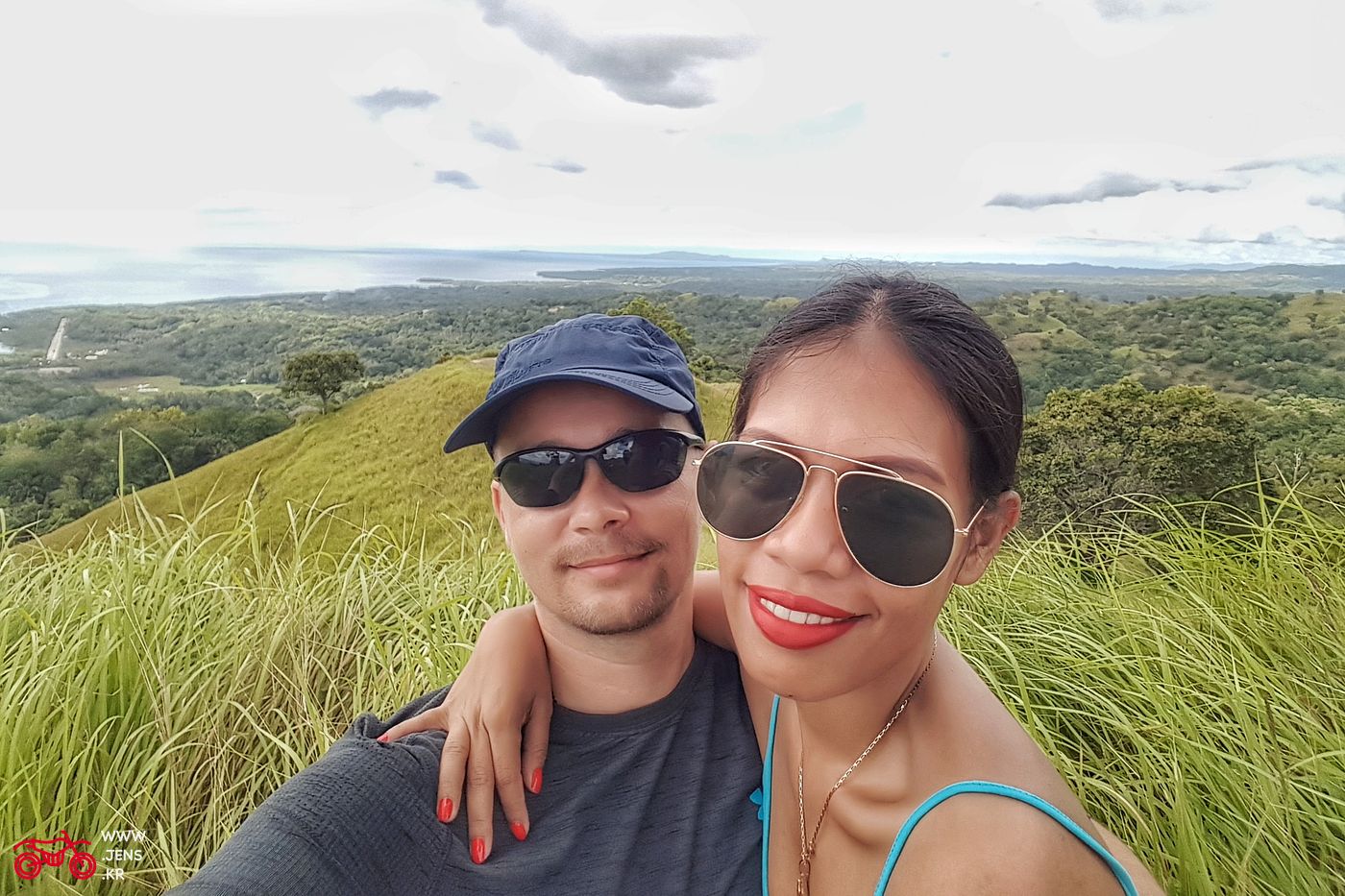 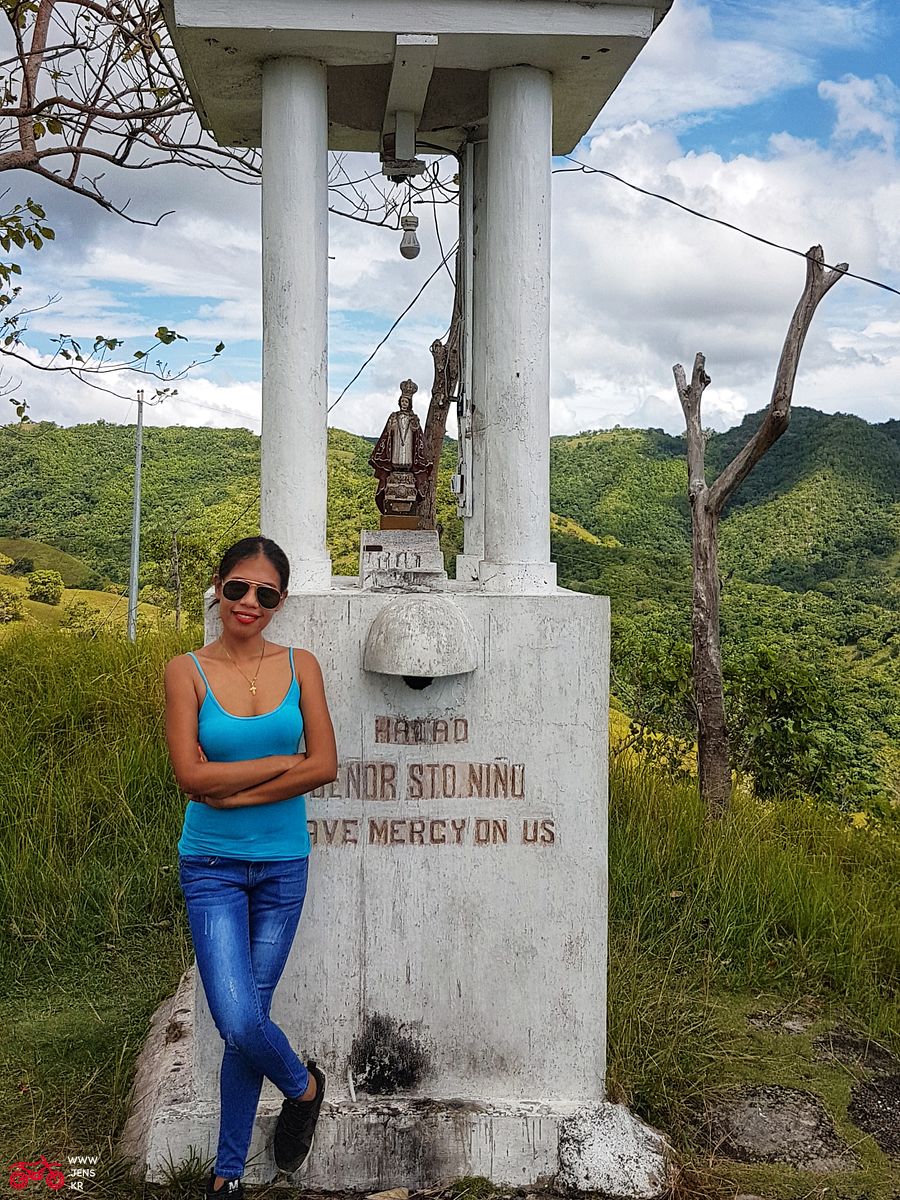 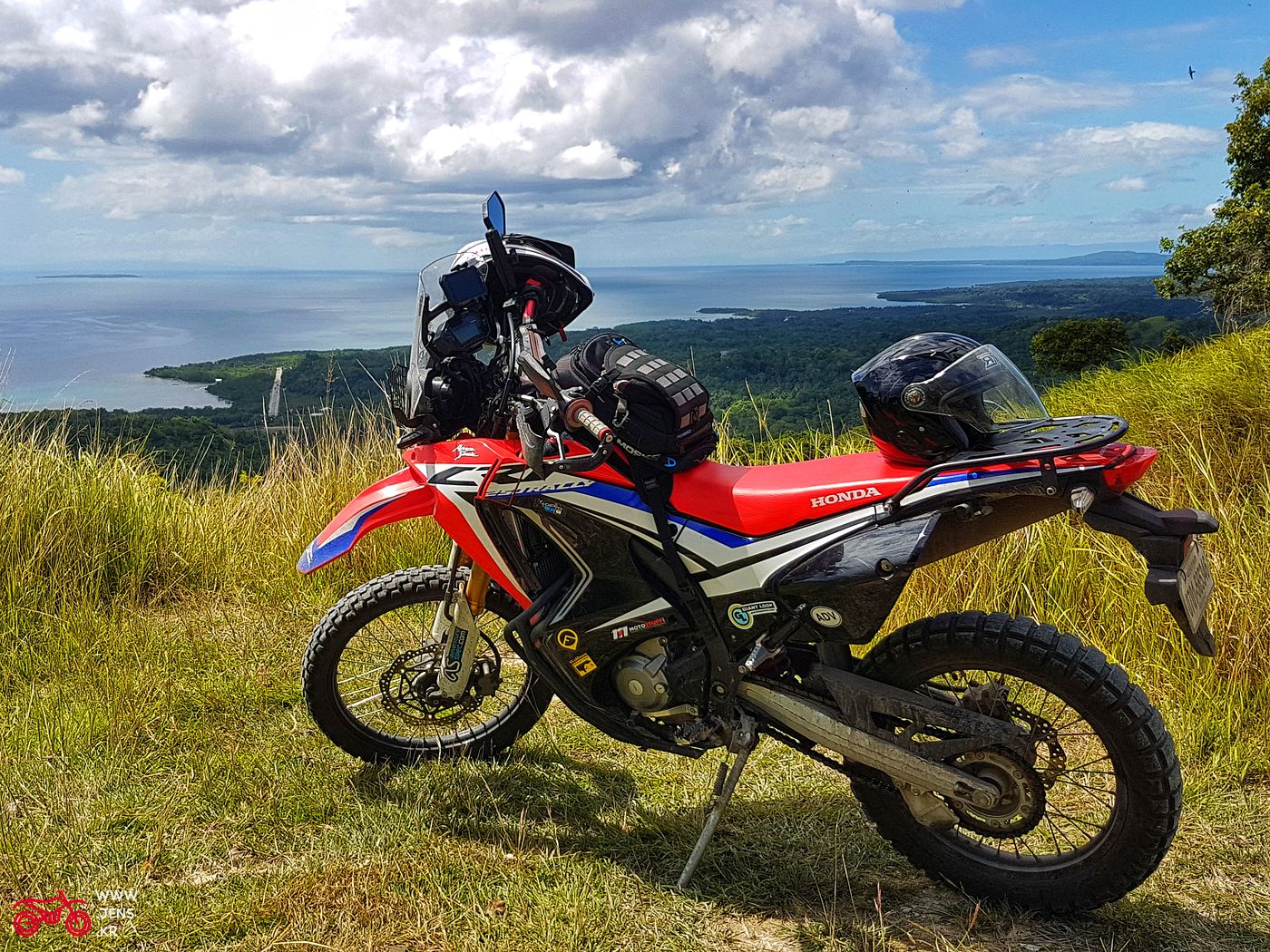 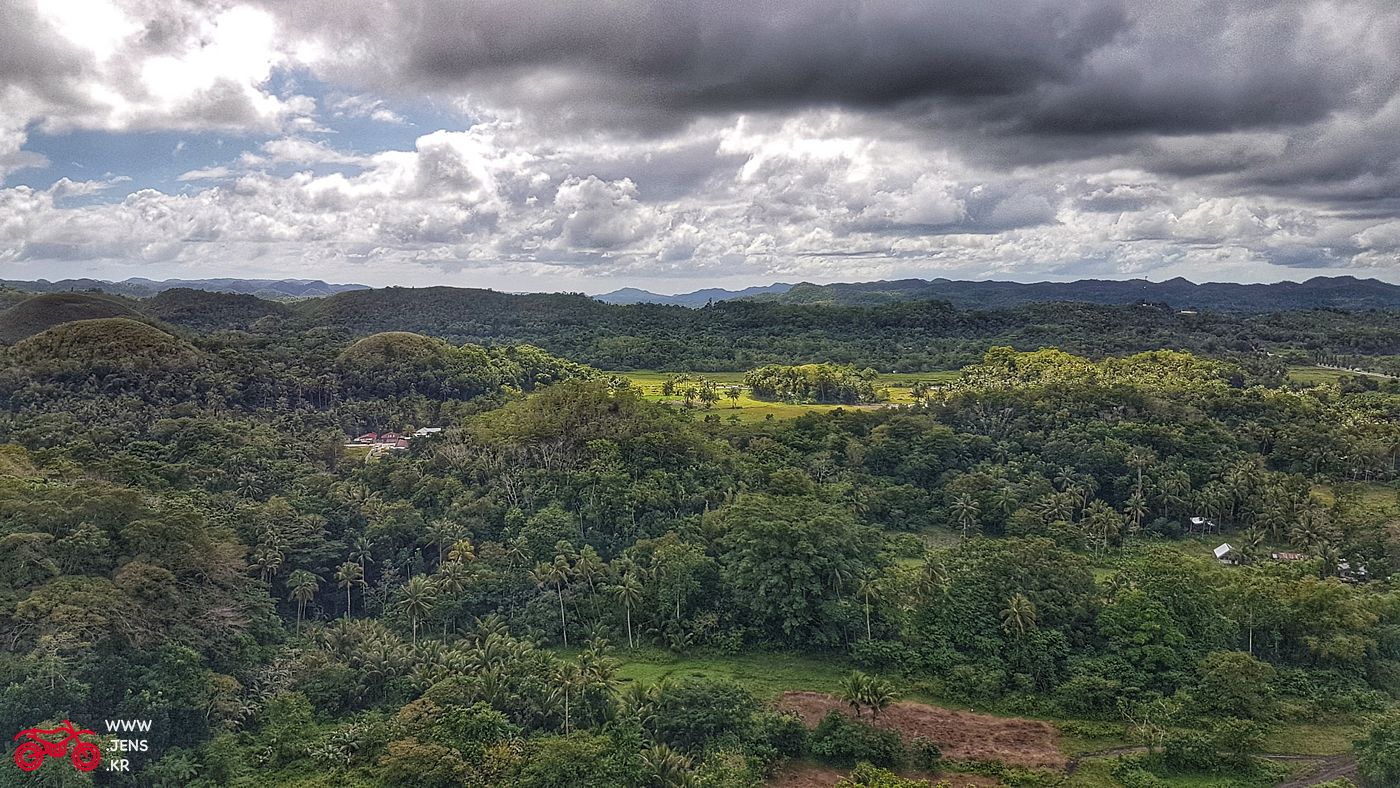 We've been there before, but for the sake of completeness and since it's nice riding going there we paid one of Bohol's major tourist attraction a visit as well. A bit crowded but still, the views are nice and the restaurant serves OK food. Somehow the weather is always "interesting" here, I have yet to experience going to the Chocolate Hills without having at least some rain. Luckily the timing was right and we simply waited in the restaurant for the sky to clear up. 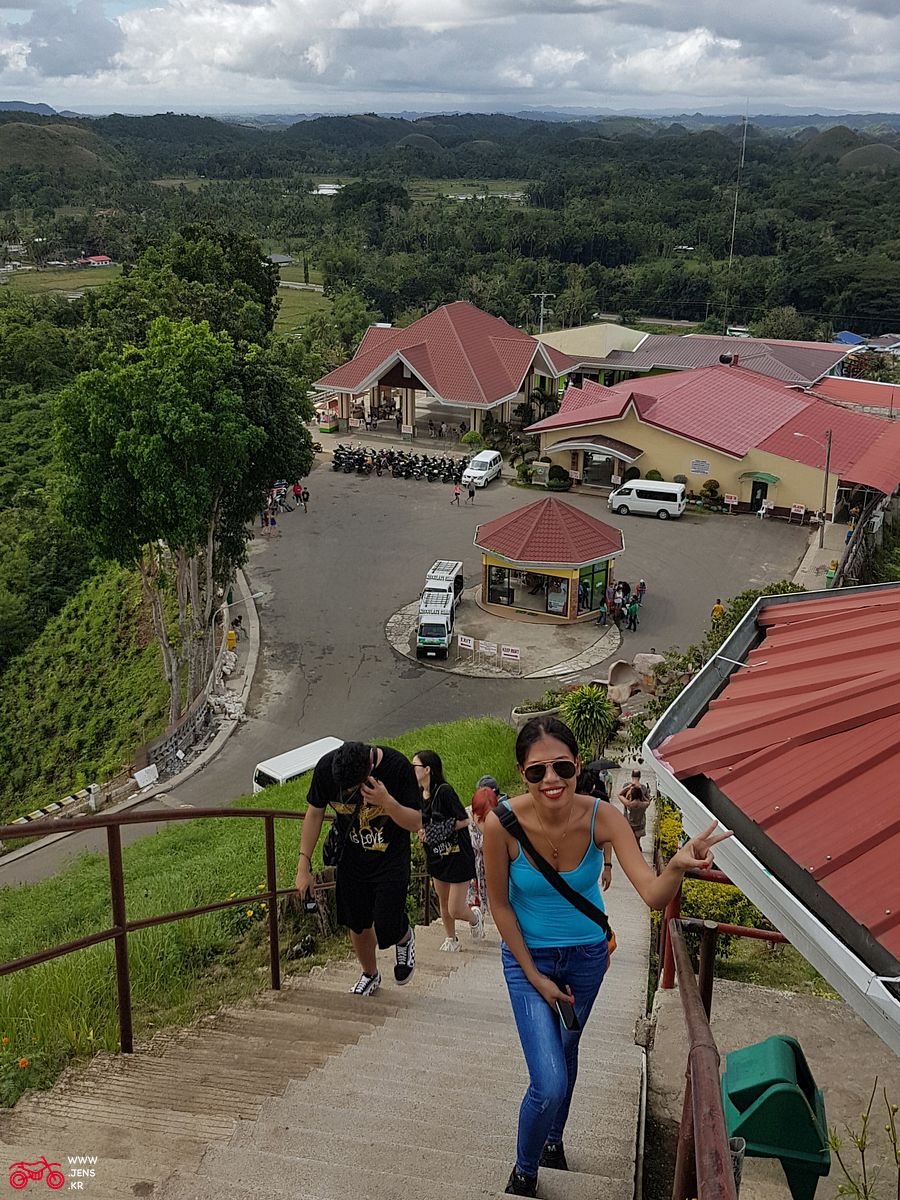 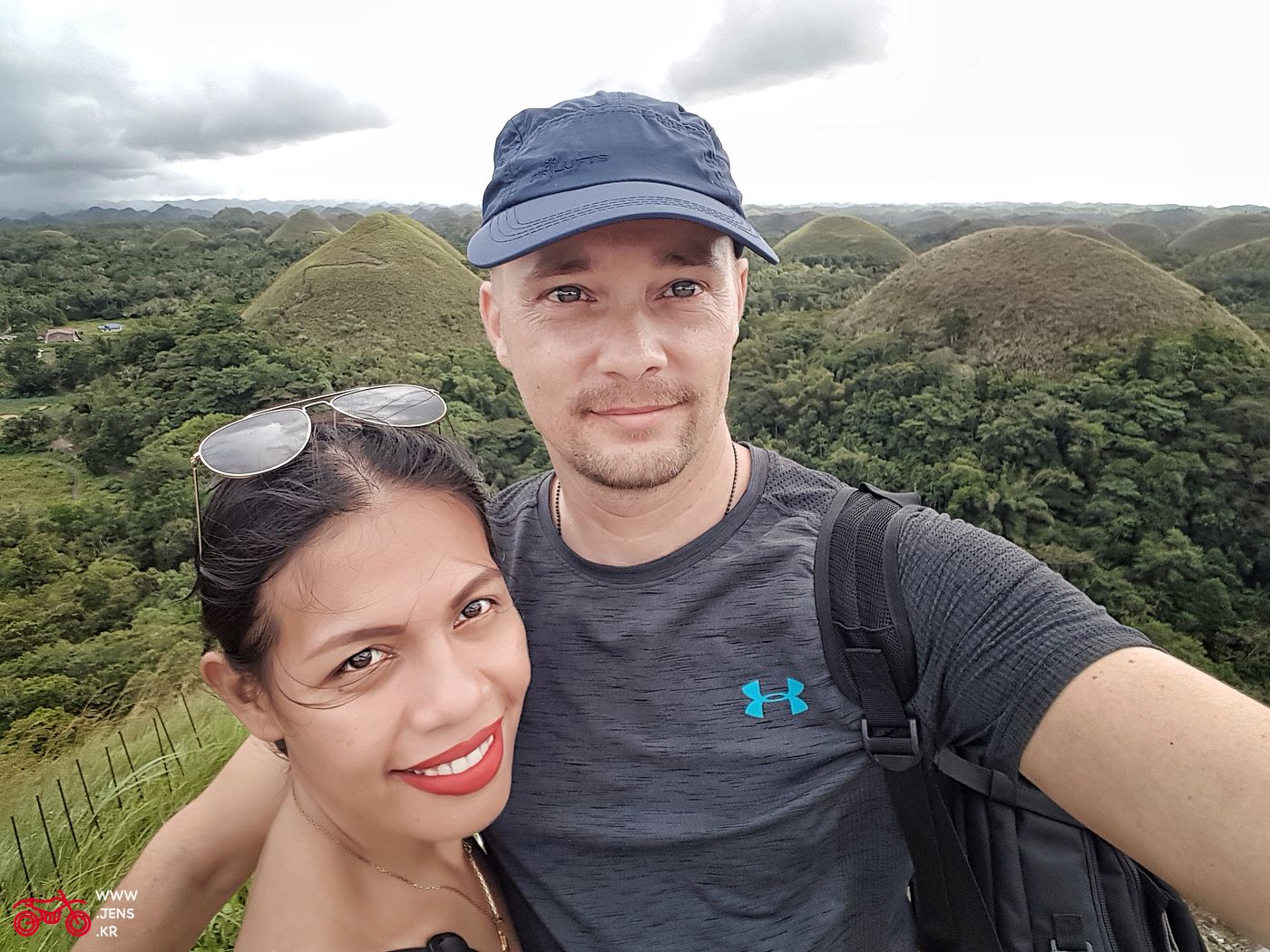 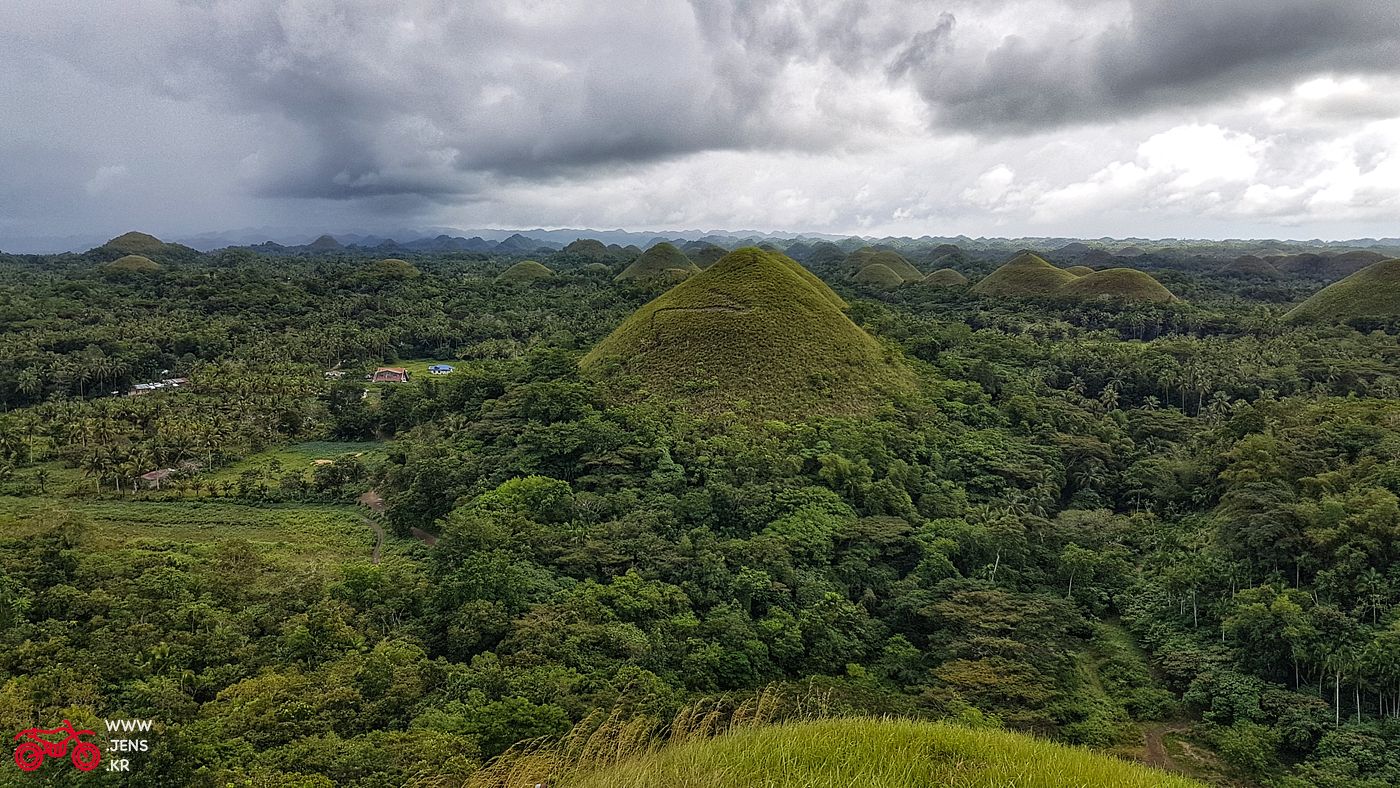 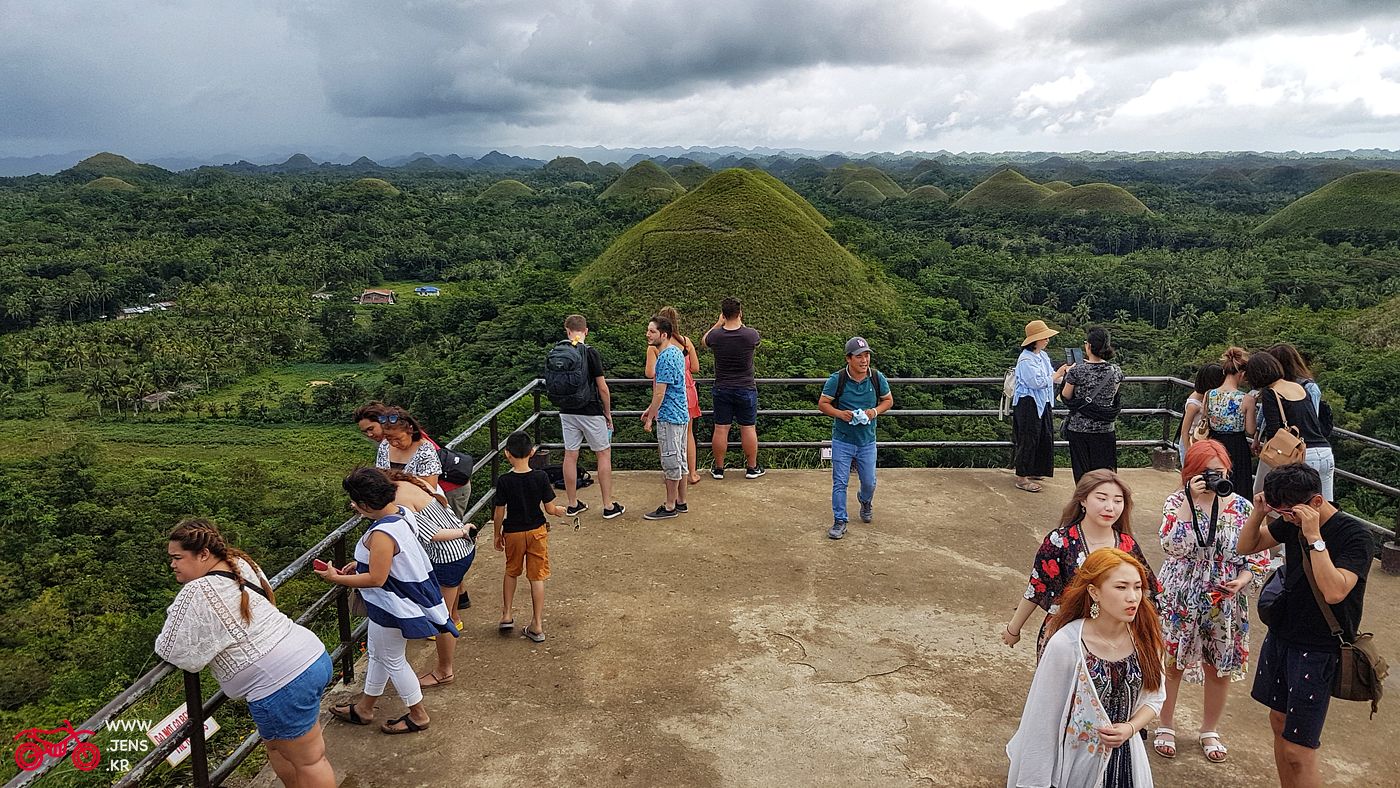 Of course we've also been at the beach. We went to Alona Beach (10 minutes drive from our Hotel) twice, early in the morning to beat the heat and the crowd, and once for dinner. A bit of swimming and breakfast at the still nearly empty beach were quite nice, but the steep parking fee of 50 Pesos (for a motorcycle!) was not. Doesn't help much that it is consumable in one or two of the noisy bars that have newly opened in the area that once was the big parking lot along the road leading down to the beach. 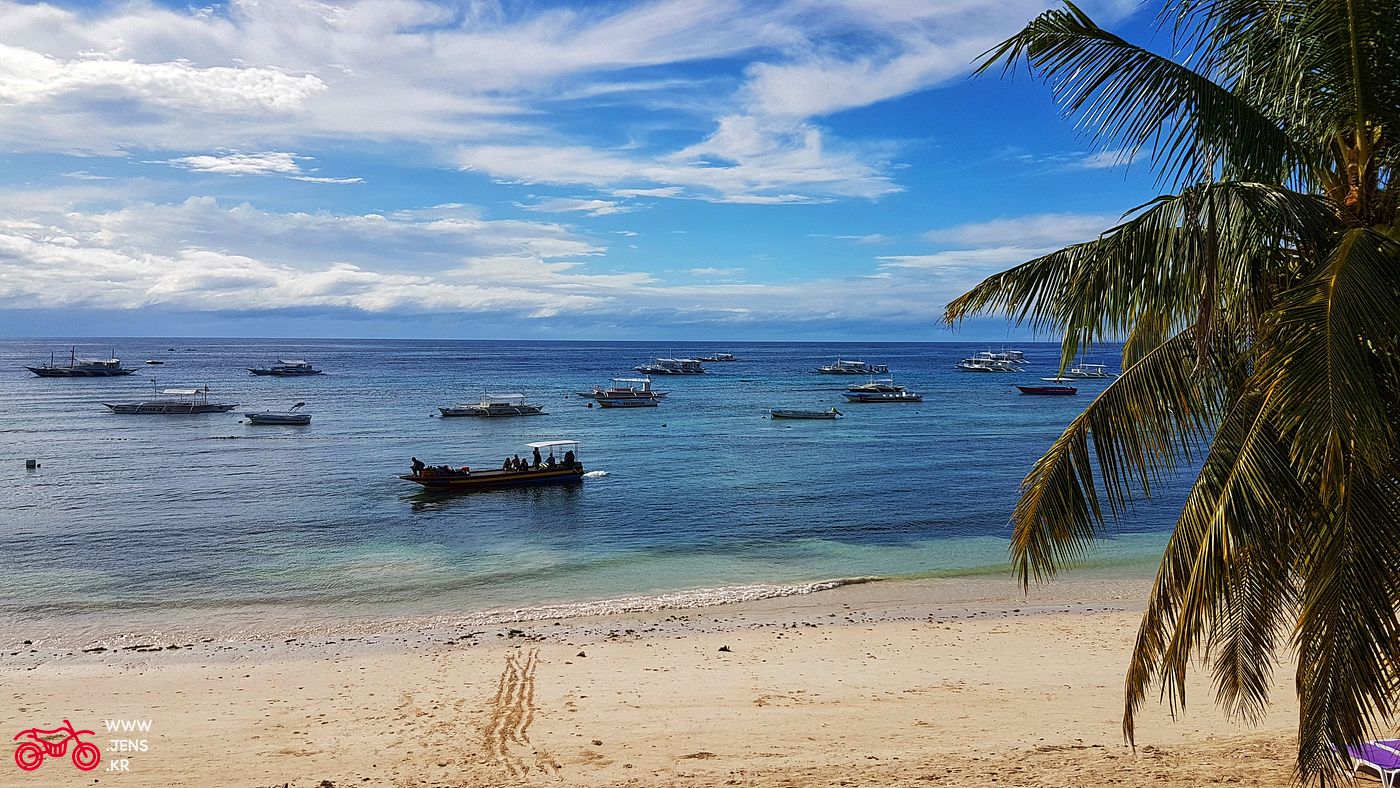 At dinner time restaurants used to place chairs and tables on the beach so you could dine with your feet in the sand, just a few meters away from the water. Not anymore, apparently it's forbidden now for reasons I don't know.

Construction work is going on in many places as everybody wants to get their share of the expected influx of tourists from the recently opened Panglao airport, just a 10 minutes drive away from Alona.

All in all the development in this area is a bit concerning to me, and allowing McDonalds to put one of their junk food joints in a prime location where previously a small bar that has "always" been there was located makes me wonder if there is any local development planning is going on at all.

Though not all is bad on Panglao (yet?). For example, just a few turns on narrow roads away from the circumferential highway, on the other side of the island, there is Momo beach, and I'm certain there are a few other spots like this to be discovered. 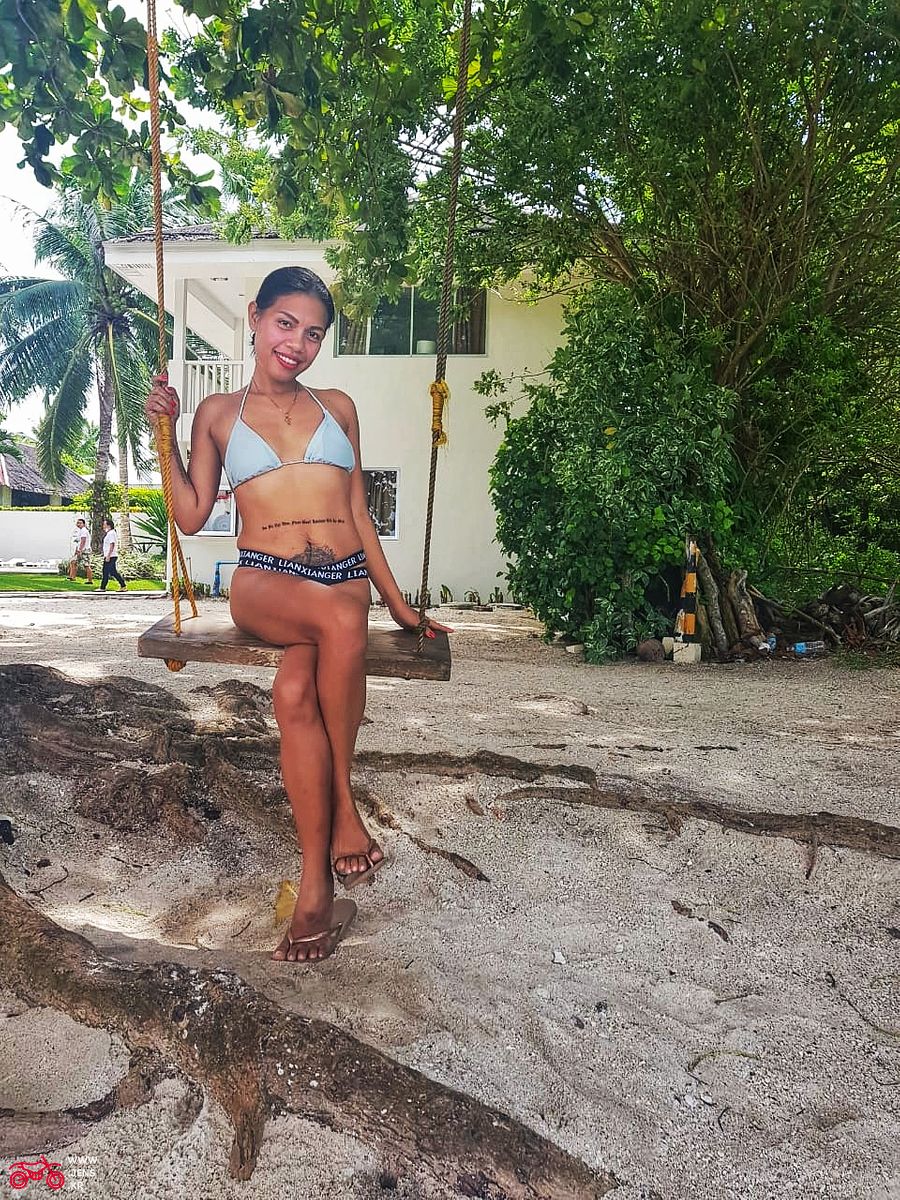 Ferry from Tubigon to Cebu

All in all the Lite Ferry from Argao was OK but on the way back we opted for the FastCat from Tubigon to Cebu City instead, which only takes an hour and is more comfortable. The ride from Panglao to Tubigon is quite pleasant and since it was a Sunday I figured traffic in Cebu wouldn't be so bad (which turned out to be true) and I also wanted to stop by at SM Seaside along the way for some errands and a coffee. Aiming for the 10:30 AM boat, we arrived at the port in Tubigon around 9:30. Ironically we ended up going with Lite Ferries again since they now operate a similar vessel like the FastCat which went at 10 AM and thus saved us 30 minutes of waiting time.

Only annoying thing - here as well they have numbered seats on the open air deck (unlike FastCat), but at least me, the driver, now also got a seat assigned by default. It wasn't full however and after everybody boarded we occupied an empty row to gain a bit of space for jackets, helmets etc.