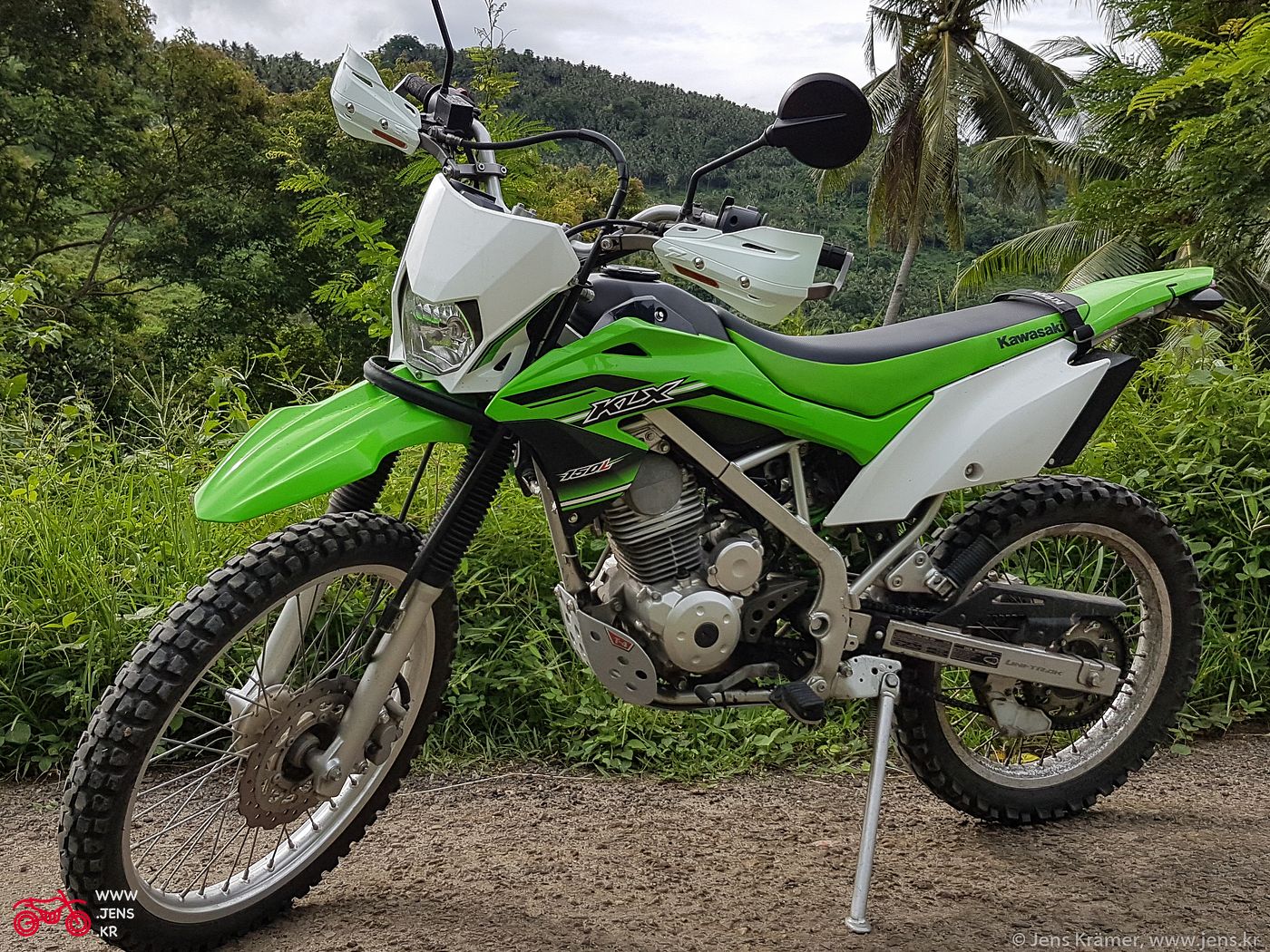 This little thumper was the first bike I bought here in the Philippines. In fact it was the first motorcycle I ever owned, unless we count the S51 Enduro I've been driving as a teenager.

I added Zeta hand guards including LED turn signals and removed the stock front turn signals. Front looks much better like this. In the next photo you can also see the bar risers that I installed to make standing up less painful. 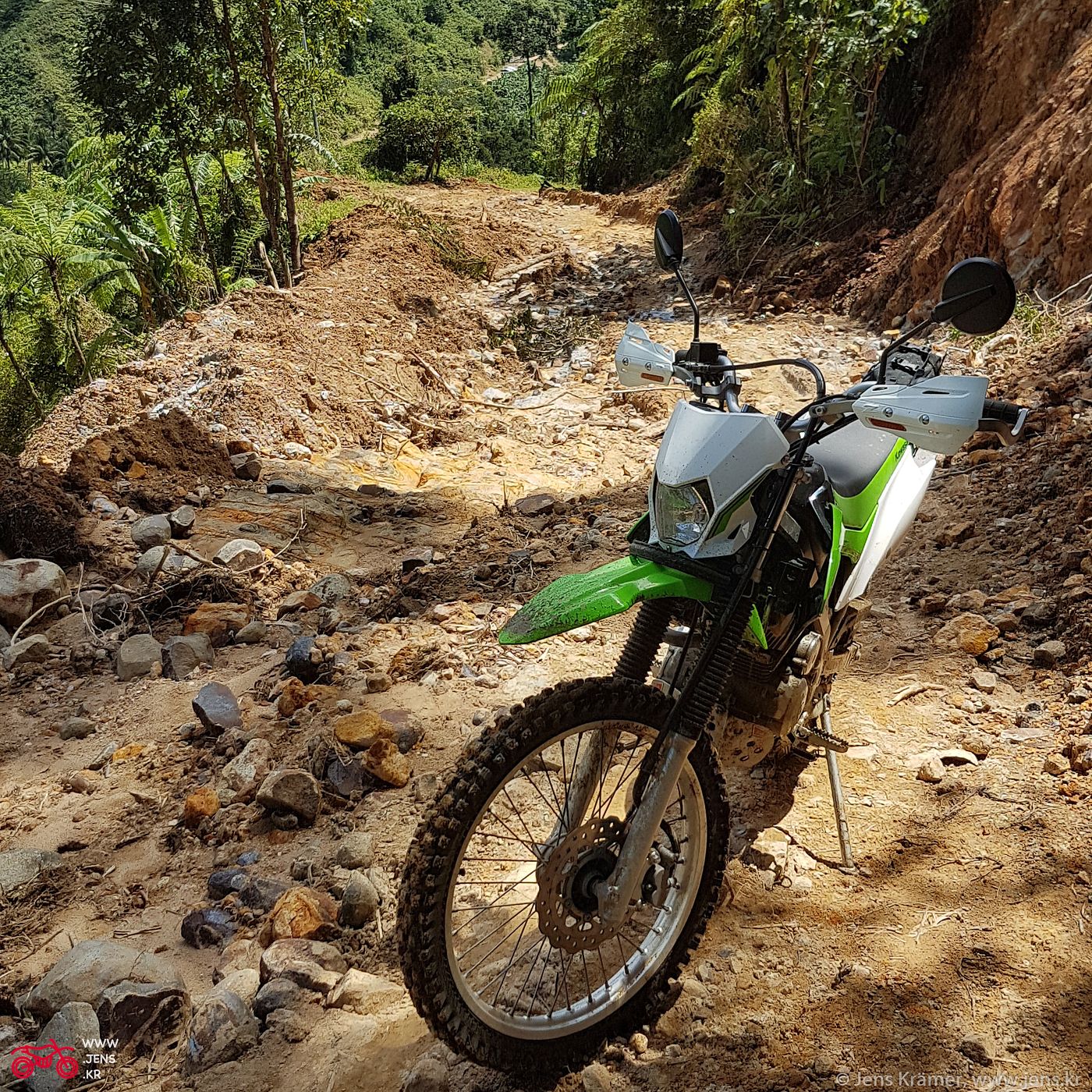 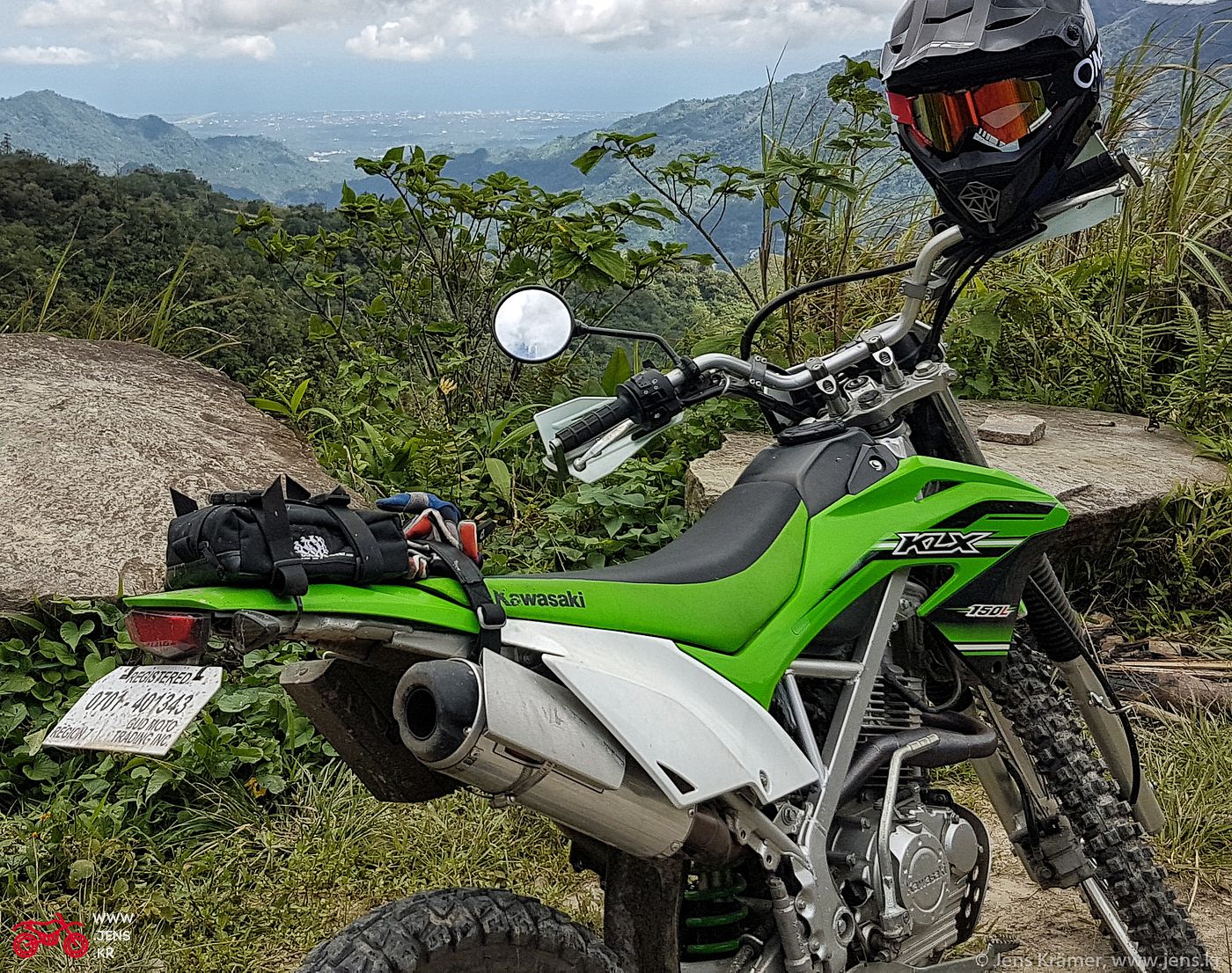 The small bag you can see on the rear fender is permanently attached and can hold a couple tools and a small bottle of water. In front of the bag is a Kriega haul loop, which comes in very handy when moving the bike around (I removed the original strap that was on the seat since it was uncomfortable to sit on). There's another haul loop on top of the front fender around the forks just in case :)

I played around quite a bit with that and the small carbureted engine is quite lively now.

It was hard to source matching jets due to local carb differences here vs. the US but 6sigma showed some stellar support by sending me a free second shipment after I sent them some measurements.

Unable to find a replacement gasket for the carb I ended up rolling my own from teflon tape. Thank you YouTube.

I found a slightly used DRC tail tidy including LED turn signals on Facebook. It wasn't the exact right model so I had to drill a central hole in the subframe to mount it but otherwise it fits fine. Good to get rid of that huge rear fender and sticking out turn signals. In combination with the LED front turn signals a replacement for the responsible relay was on order to prevent always-on turn signals. Also had to disconnect the dash board indicator light (I simply cut the wire) to make it finally work. 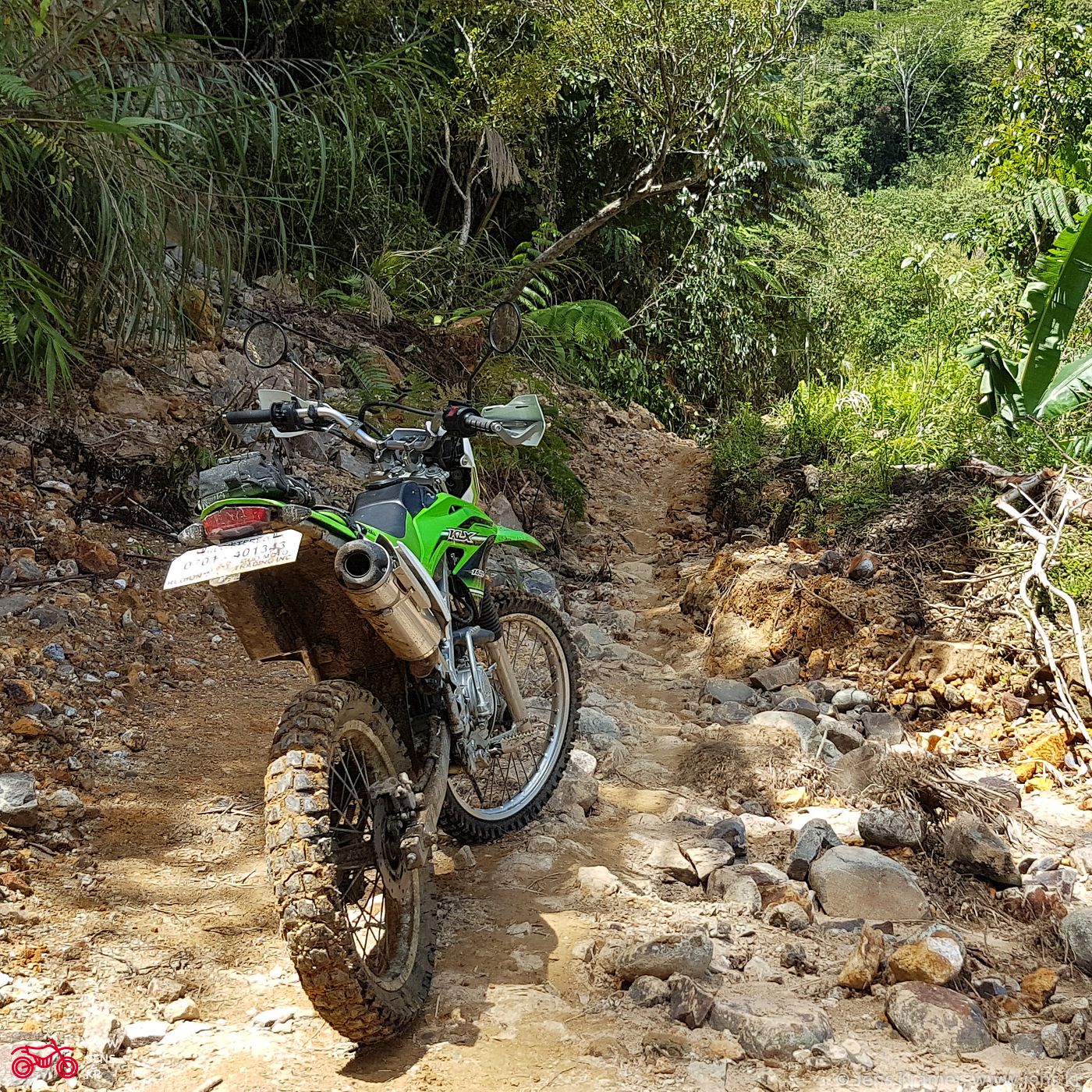 IRC Volcanduro front, Philippine-made noname tire rear. Not too bad but I will get a Volcanduro for the rear as well (now that I know where to find them…). I don't do Highways with this bike so the Volcanduros will be fine.

Stock pegs are tiny, I mounted much bigger ones wich I found through Alibaba. I removed the rear foot pegs since they are really heavy and I do not do 2up riding with this bike anyway.

The bike has a big ground clearance but a bit of protection is still a good idea. Ordered my skid plate together with the exhaust on Facebook.

What's this good for?

Since I got the Rally I mainly use the small Kawasaki for going around town and the occasional fun ride on nearby tracks. It's very lightweight, more fun filtering through traffic and I don't care so much when parking attendants are moving it around. And I enjoy the sound :D

Despite it's small engine and overall size this is quite a capable bike. The front suspension bottoms out in rough terrain when things get too fast, but otherwise, great fun!