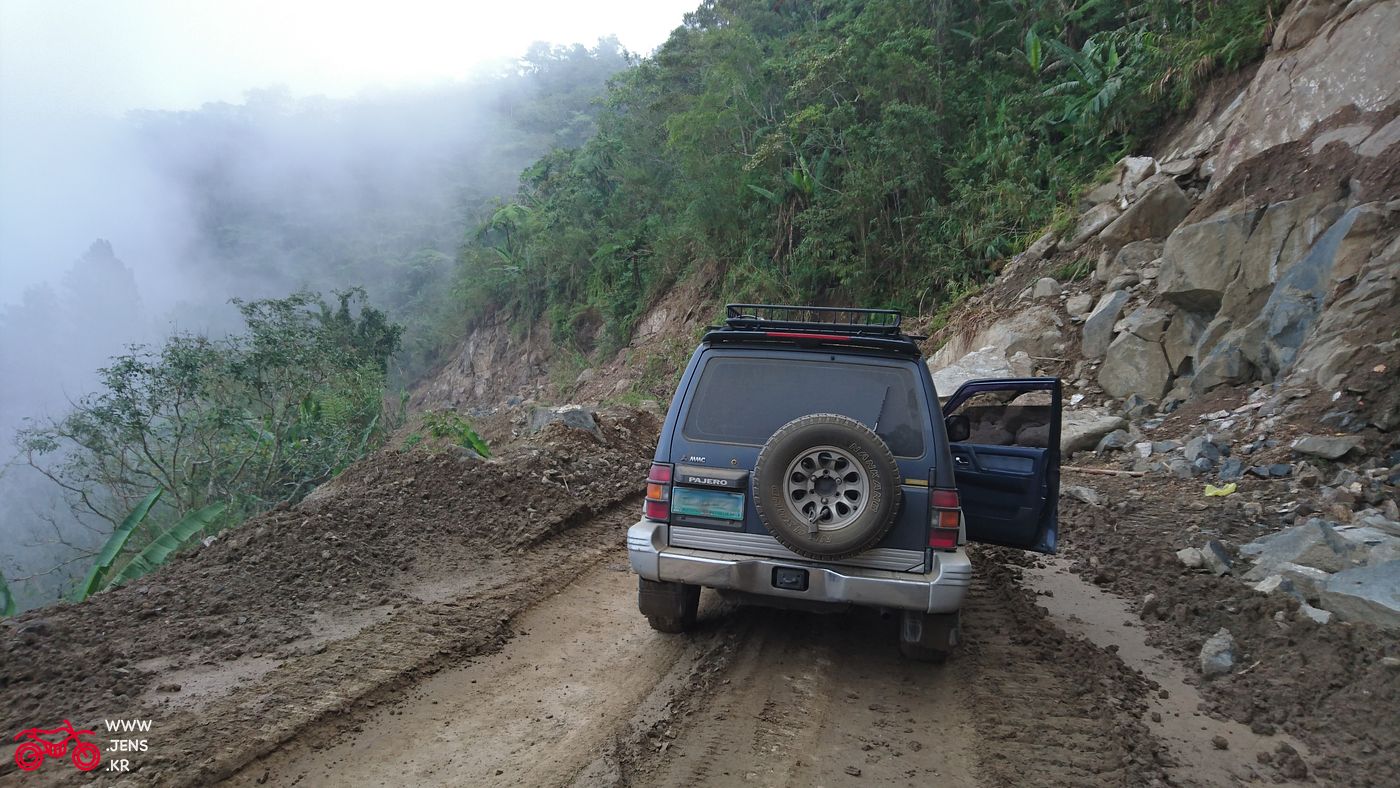 I've been driving my Pajero for more than two years now. Time for a little summary about how our journey went so far.

It's been 30.000km so far, and we've been all over Luzon, Samar, Mindoro and Catanduanes. With very few exceptions the Paj brought us, sometimes heavily loaded with 5 people, a dog in the trunk and luggage on the roof, where we wanted to go. It also handled the occasional rough road really well.

All in all I'm still pretty happy with it, but a couple things are not so great to the point that I would probably decide differently if I were to buy it again.

Due to the conversion from right to left hand drive the existing automatic aircon was reduced to cold or not cold and 3 levels of fan speed. Also air is only coming in through the 4 vents in the dash, making for hot feet and a foggy wind screen when it's raining. The car originally even had separate controls for the rear area which, needless to say, don't work anymore either.

In the Manila area it's common to rain for days in a row during rainy season. At these times the car turned into an aquarium, with water collecting under the carpets at both the driver and passenger side. I only noticed that after more than a year, previously I had covered parking and this wasn't a problem. You can see this car was designed with rough conditions in mind when you remove the carpets - there are 4 rubber plugs, in front and back on each side, which can be removed so any collected water can flow through the resulting holes in the floor out of the car. Still - not funny. Besides the sun roof, I suspect it's also the rubber around the wind screen that is not water tight anymore due to it's age.

This looks like a long list but for a 25 year old car that hasn't been maintained properly for a long time I would say it's still OK. 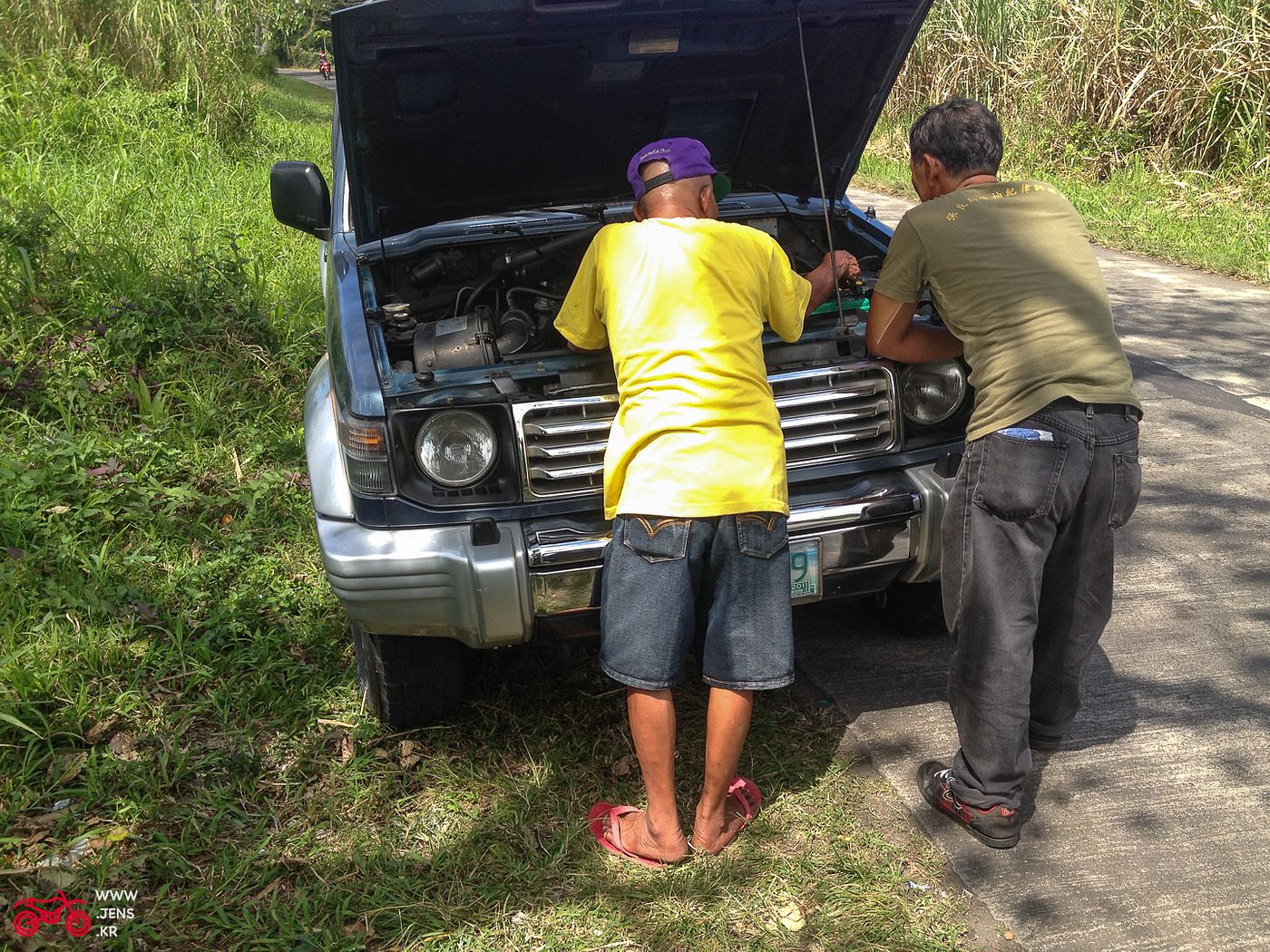 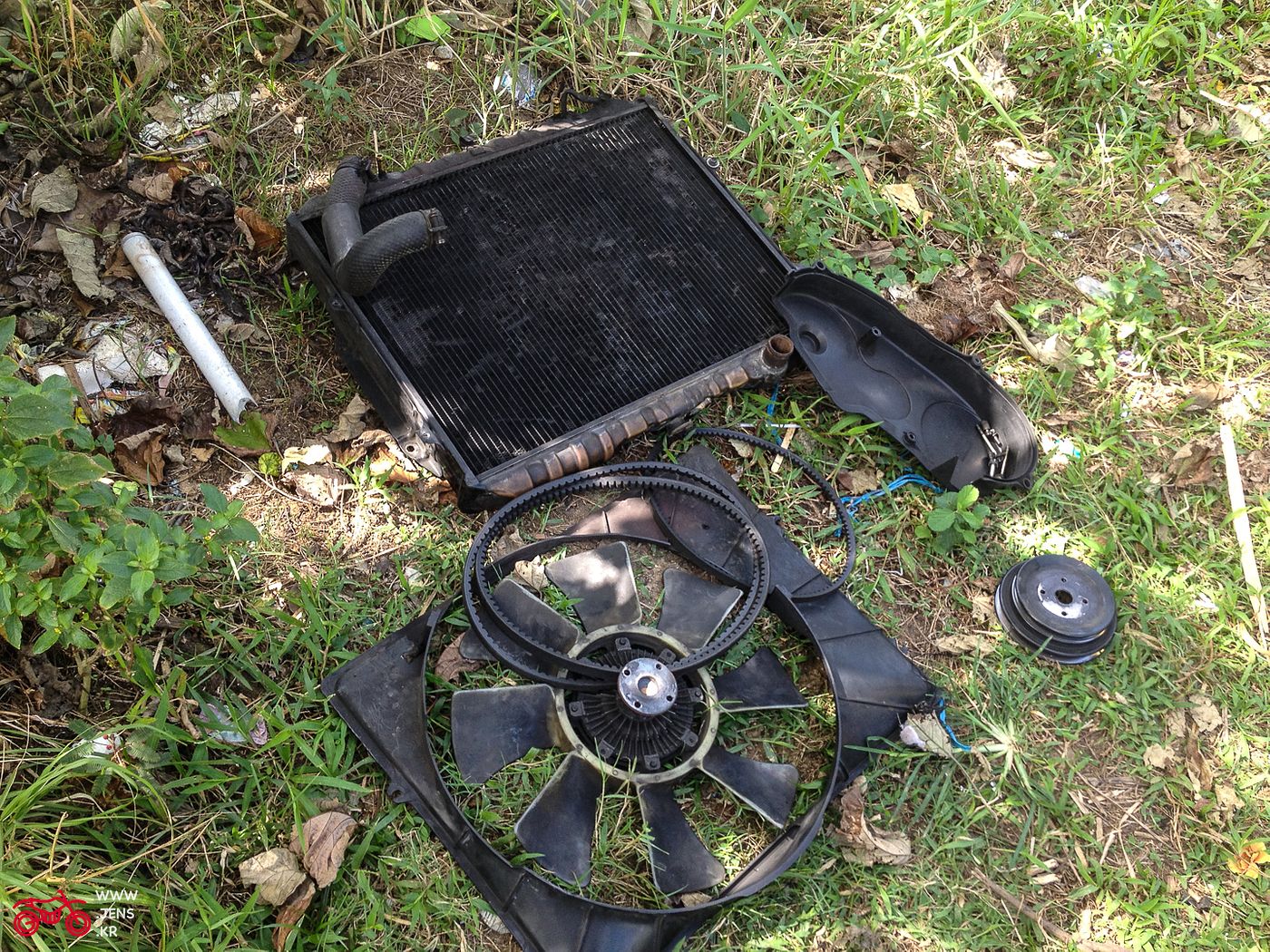 The starter problems were actually the worst since it was not deterministic and the car would fail to start out of the blue from time to time, most often not at home but somewhere else.

So yeah, by now I had to invest a considerable amount of money in that car for repairs and replacement of consumables like tires and shocks (new shocks were the second best investment I did right after the stereo though - a huge improvement in handling). However until now I never had to turn around because of road conditions, and this is worth it in my opinion.